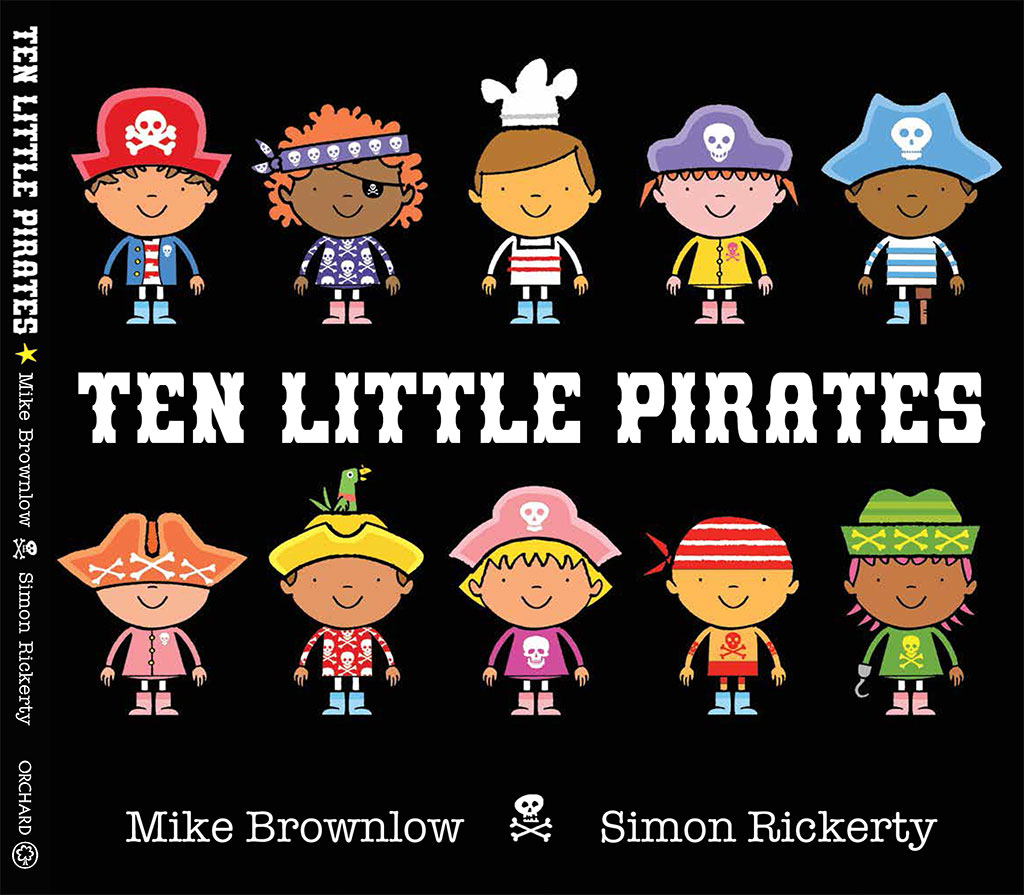 Mike Brownlow usually illustrates his own books but here he teams up with Simon Rickerty to produce a gem that I'm sure is destined to become as much a modern classic as Michael Rosen and Helen Oxenbury's We're Going On A Bear Hunt.

TEN LITTLE PIRATES is one of those perfect picture books you wish you'd written yourself.   The idea is simplicity istelf.  Taking the rhyme Ten Green Bottles [Sitting on A Wall...you know the one], it tells of ten little pirates who embark on a nautical adventure only to encounter mishap one by one and get separated from their crew.

The text, told in jaunty rhyme, uses lots of sound words and propels the simple plot along at the rate of knots.   Rickerty's primary-coloured illustrations make it very obvious that we are in the land of 'let's pretend', making each buccaneer look like a kid dressed up to play.  There are monsters too, including a shark and a giant squid.  They look scary and cute at the same time.

It's a backward-counting counting books, it's a rhyme, it's an adventure story with lots of scope for joining.  And needless to say, it's got a happy ending, on a deserted treasure island topped with coconut trees.   No home or library should be without this one!   But be warned, your children will be going "Arrr," way way way past their bedtime.

Return to REVIEWS HOMEPAGE
Posted by Saviour Pirotta at 08:00 Permalink

One for my pirate-loving grandchildren - thanks, Saviour!

You're welcome, Sue. It's a super book.

Thanks, Alex. I spotted the book in Waterstones and couldn't help buying it for my godson.

Gosh, there's a piratical theme here on the Reviews too - but in a nicer way. Sounds a great picture book, Saviour. Well selected..