The Echorium Sequence., by Katherine Roberts, reviewed by Cecilia Busby

Katherine Roberts' Song Quest, originally published in 2000, was reissued by Catnip in 2012. Recently Roberts has added the two sequels, Crystal Mask and Dark Quetzal, to the growing numbers of her back catalogue which have been reissued as e-books. I became a fan of Roberts' writing after coming across an early, book, Spellfall, in my local library. My daughter and I both loved it, and kept an eye out for her other books, subsequently devouring the whole Echorium Sequence, as well as the later Seven Ancient Wonders series (also now reissued as e-books and highly recommended!) I thought it might be time for a review of the Echorium books which are particular favourites of mine. 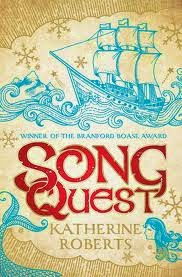 Song Quest opens on the Isle of Echoes, where apprentice Singers are trained in the songs of power. These are songs that can be used to bring healing, songs for laughter, sadness, death, fear - in essence this is the form magic takes in this world. Not all apprentices go on to become fully-fledged Singers - some lose their voice at adolescence and have to take menial jobs as orderlies - but the main protagonist of the story, Rialle, is a particularly gifted apprentice, and one who, unusually, finds she can communicate with the Merlee, the fish-people. All is not right in the world the Singers inhabit. Merlee are being killed and their eggs stolen - and it is Rialle, together with her best friend Frenn, one of those apprentices who have been demoted, who ultimately have to find out what is wrong and try to remedy it. At the same time, Rialle's great rival, Kherron, finds himself on the other side, working for the Karcholders who appear to be responsible for the Merlee killings. The story is told alternatively from Rialle's and Kherron's point of view, and while Rialle is an easy heroine to like and sympathise with, Kherron is an altogether more divided and difficult character. Is he on Rialle's side or not? Will he help or hinder Rialle and Renn in their quest to help the Merlee and stop the Karholders?

Song Quest reminded me of Ursula le Guin's Earthsea books, and I loved the originality of the idea that magic here was done through song. Rialle, Renn and Kherron are strong protagonists, and the Khiz priest, Frazhin, who is ultimately responsible for all the evil going on, is suitably creepy. Its a great read, deservedly winning the Branford Boas Award the year it came out - and it's a world you really want to return to at the end. Which brings me on to... 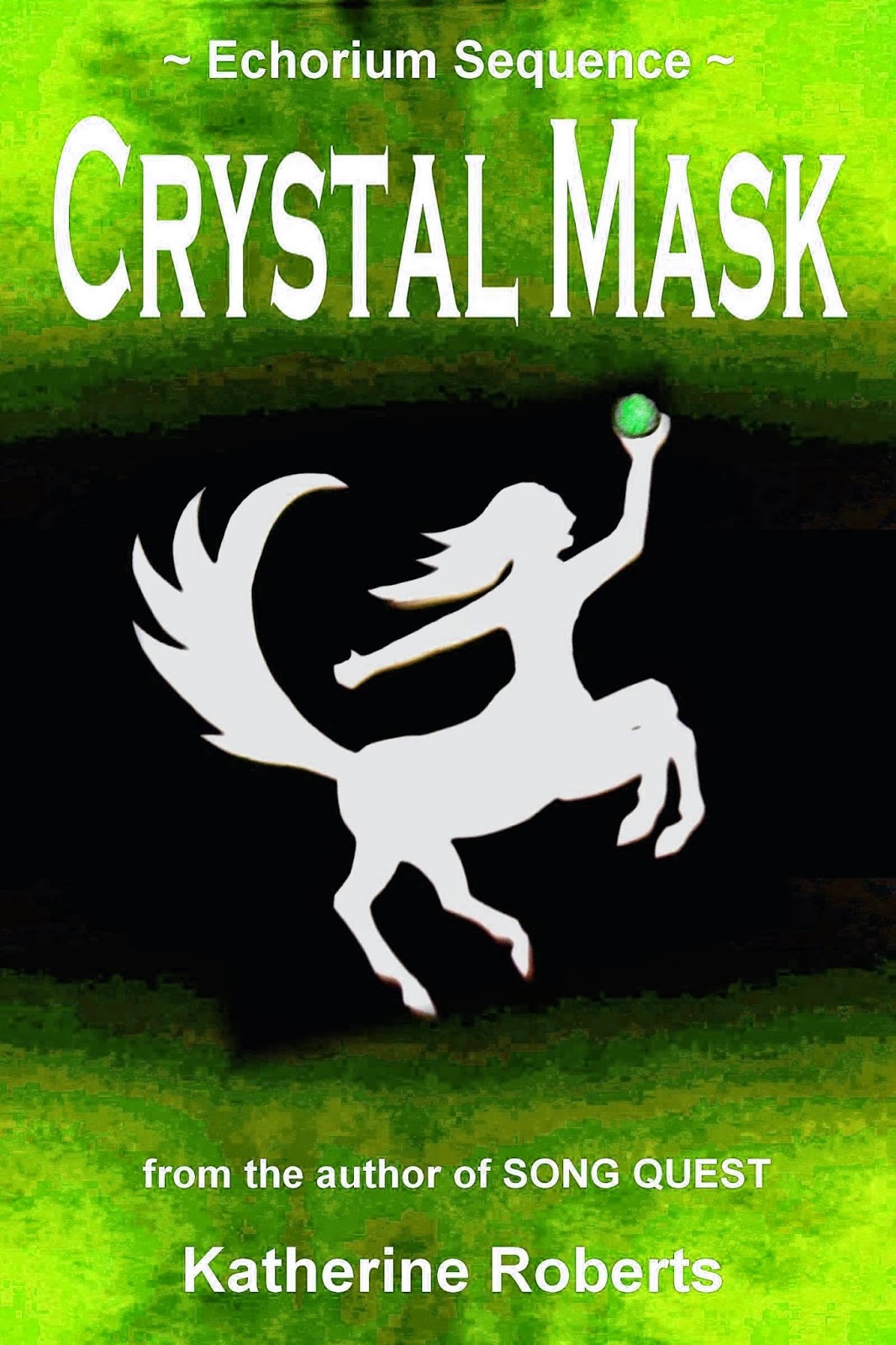 ... The Crystal Mask, the second Echorium book. This is set twenty years after Song Quest, and features Renn, Rialle's son, as well as a half-wild girl called Shaiala, who arrives on the Isle of Echoes with half memories of centaurs, and of a sinister crystal mask. The mask is made of the khiz crystal used by Frazhin in the previous book to manipulate people's thoughts, and the suspicion begins to rise that the evil Frazhin might not, after all, be dead.

In the final book of the sequence, we get to hear more about the mysterious bird-people, the Quetzal, and we see Frazhin once more trying to use khiz to destroy the Echorium. Dark Quetzal is set eleven years after The Crystal Mask, and features a grown-up Renn, older Rialle, and promising novice Kyarra, the daughter of Frazhin, brought up from a baby on the Isle of Echoes. The story is as complex and spell-binding as the previous two, and we grow to love the new characters while also enjoying meeting old friends again - especially Shaiala. All the books have a fabulous assortment of half-creatures - the Merlee, the Quetzal, the centaurs - and Roberts does a great job of making them both familiar and alien, fully imagined and intriguing non-human characters. And Frazhin, the twisted and bitter source of all the nastiness in the sequence, is a great invention, who sends shivers up your spine. 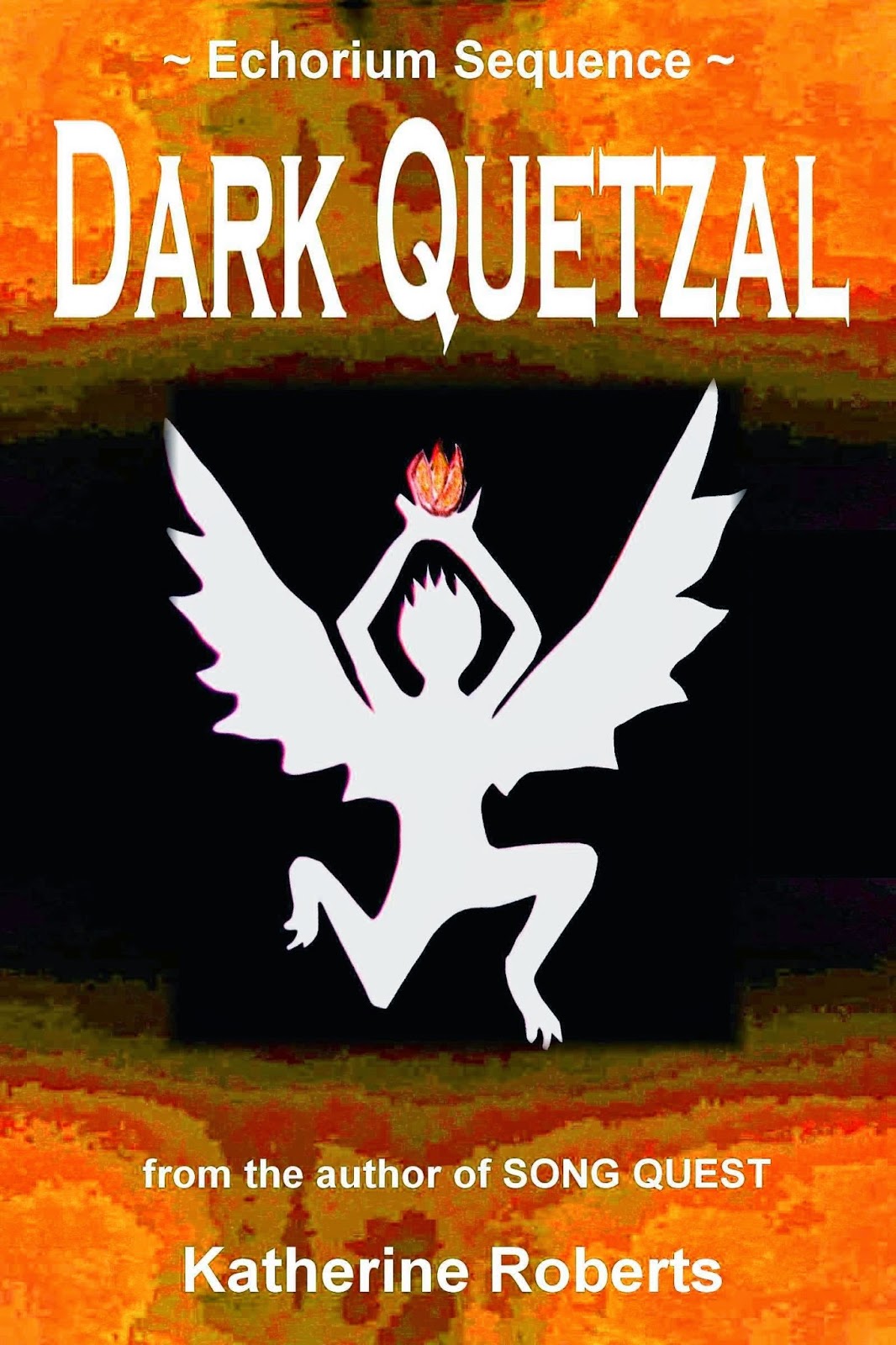 All in all, it's a great trilogy, and I thoroughly recommend it to any fantasy fans out there who haven't yet read it!

Cecilia Busby writes as C.J. Busby. Her new book, DEEP AMBER, is a multiple worlds adventure aimed at age 8-10, which was published by Templar in March


Return to REVIEWS HOMEPAGE
Posted by C.J.Busby at 05:00 Permalink