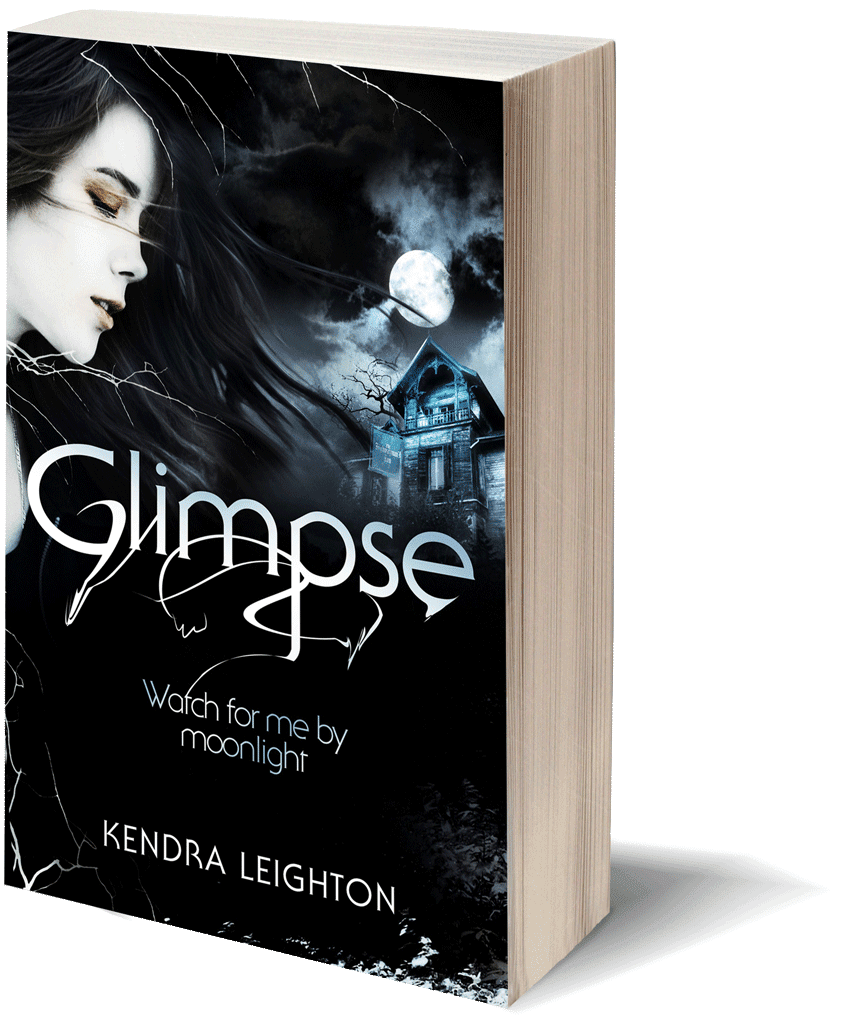 I do love a good ghost story. And Glimpse by Kendra Leighton promises a lot. It's the story of Liz, a girl who has had more than her fair share of troubles in her sixteen years of life, and her battle to overcome the terrifying visions - the Glimpses - that plague her. When Liz and her father inherit The Highwayman Inn and move into its time-worn rooms, she hopes it will be a fresh start - the chance to leave the Glimpses behind and become normal. But it soon becomes obvious that Liz hasn't left anything behind her. The Glimpses have followed her and they are angrier than they have ever been.

Struggling to make sense of what is happening, Liz befriends a boy called Zachary, who tells her he can help her to understand why she is under attack and asks for her help in locating his missing girlfriend, Bess. But the Glimpses don't want her to uncover the truth and they will stop at nothing to ensure Liz stops digging around. Can Liz put the pieces of the puzzle together and help Zachary to find his lost love before the Glimpses manage to silence her forever?

Based on the poem The Highwayman by Alfred Noyes, Glimpse is part mystery, part ghost story with more than one haunting tragedy at its heart. It's a clever, modern-day re-imagining of the classic poem, with a twisting plot that will keep readers guessing. I worried for poor Liz, falling head over heels for an unsuitable boy, and wanted to hug her when she thought about her dead mother. Most of all, I wanted her to find happiness and I couldn't for the life of me see how that could happen until the very last pages, when the mystery is finally revealed. Those last few chapters whizzed by and I really couldn't read them fast enough - I had to discover what had happened to Bess, and what would become of Liz and Zachary. I wasn't disappointed.

I found Glimpse to be an accomplished debut and a cracking ghost story. I would recommend it for readers aged 11+