THE ROMAN BEANFEAST by Gillian Cross. Reviewed by Ann Turnbull. 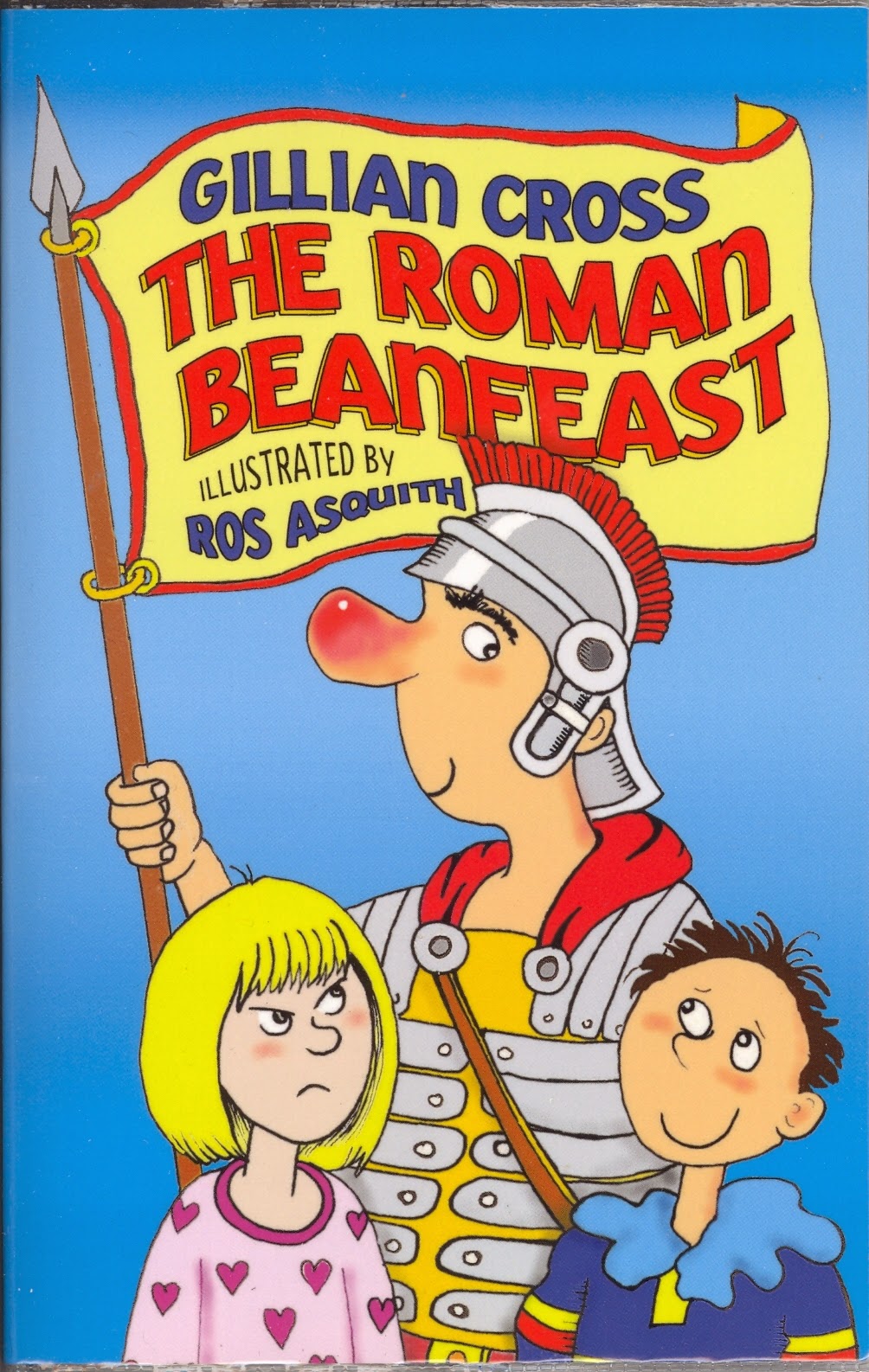 Davey has problems. His dad is in the Far East and the phone lines are crackly. His mum has her hands full - literally - with the toddler twins. And next door lives Molly, who is clean, organised and good at everything. Molly is in Davey's class at school, and she enjoys making him feel stupid.

The class is studying the Romans, and everyone has been asked to make something for the Roman Prize at the end of term. Davey tries hard, but every time he makes something Molly copies his idea and makes a better one. Davey tosses all his failed projects into his wardrobe - and then he has a brilliant idea! But can he keep it a secret from Molly?

This is a delightful story for children aged around seven to ten - a reissue of a book first published in 1996. The plot is satisfyingly clever, but it's the characters and the mayhem of everyday life that makes the story so entertaining. There's Davey's harassed mum doing up the baby buggy straps with one hand while holding a wriggling twin in her other arm. There's the constant messiness and zest for life of the twins (including a hilarious scene in the library). And there's Davey himself, not stupid at all, but inventive, determined - and kind-hearted. Ros Asquith's witty illustrations add to the fun.

And the reader learns a new word: onager. (Well, it was new to this reader, anyway.)