CAITLIN MORAN'S LATEST COLUMN - An alert and a review by Penny Dolan.


Today I'm not posting a review of a book, but a review of a newspaper article,that contained some important points, and this seemed the best way to alert readers to the column. 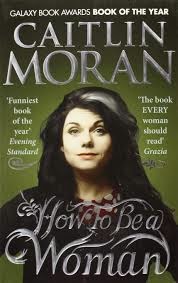 I am looking at a paper page from The Times supplement, written by the excellent Caitlin Moran. I picked it up from the supermarket on Saturday morning, I didn't read it until yesterday., today is Tuesday so that edition is is old and ready for fish and chips It will be somewhere in the Times Online however, behind the paywall.

So I'm posting my review of the Invisible Column here (even if that does sound like something from Terry Pratchett) in the hope you'll watch out for her words.

Caitlin Moran may not be your immediate sort of writer, although I know plenty who love her exuberant angle on life.

However, if you are interested in books, literacy. libraries and how society is informed - or not - Moran's progression of thought strikes home. Although many others have been writing and saying similar things.  the shock she feels comes across very powerfully.


She writes, initially, about a visit to the small, local library of her childhood. Moran says that between the ages of 5 and 15 she "lived" in this particular Wolverhampton library, situated in a working class area of town. She describes it as a place that was “the delight of my life” and “with the shelving packed tight because there were so many books inside”. In her wonderful style, she sums it up as as  a “magical system to place around a penniless girl.” Yet that was a past system, a library from twenty years ago. Her byline shouts about the changes:  “Everything had gone. All that was left were racks of Andy McNab and erotica.”  I’m sure this comes as no surprise to those ABBA who use and visit libraries,

Moran had picked up that things were different. Yes, she was aware of library cuts, Yes, she had seen book sales outside libraries in Swindon and Barnet. However, it isn't until she revisits her Wolverhampton library, she really sees that “everything has gone.” She laments the loss, partly for herself but mostly for anyone who now needs what she’d found in that past library.

Now we've come to why I've blogged about Moran's column, why I'm trying to draw it to people's eyes. I can't be the only one whose attention drops away part-way through a post or article, especially if I'm weary.

However, when you find Moran's piece, DO read on, because this isn't a jokey exercise in comedy nostalgia.

Moran is particularly angry about the discarding of so many reference books and classics and as a person working in the media, she can make this point better than many.  She draws attention to the fact that all online searching and googling is statistically driven, predicting that diametrics will herd us into a mono-knowledge, like “a million dumb buffalo”.

Reading this, I recalled a drama game where everyone in the group chooses another person and quietly follows them around a single space. Within a short while, everyone is following in the footsteps of one or two people. The game reveals social influences and groupings, which is why I’ve rarely used it. The implications are potentially scary : a bit like diametrics.

Caitlin Moran ends with her strongest argument. She speaks against the kind of populism that says “Why shouldn’t the working classes be allowed to have books they enjoy?” But she takes this to its worrying conclusion. Once the intelligence and knowledge has been taken out of a library, the library system can easily be undermined. Furthermore, when only the poorest level of books are on offer, people will stop loving or visiting libraries. The libraries will be easy to close altogether. If you simply bleed the library service to death, Moran suggests, nobody will care,

Some might say this is already happening. Moran did not have the column inches to mention the enthusiasm for "community libraries run by volunteers", now paraded by councils as the universal answer. Had she picked up on this problem, I wondered? It’s less noticeable than you’d imagine until you ask for help, despite the good and willing intentions of volunteers. These libraries aren't the panacea that beaming politicians like to suggest. not when almost all the librarians have gone.

I really, really do hope Caitlin Moran’s article will act as a wake-up call to the meeja world, and that some will read through to the end of her article. At least her words aren't some belated ministerial PR initiative offered to obfuscate voters.

I’d really like her column to alert those who don’t use the public libraries – especially those who have research done for them, or are academics, or those who can afford private library fees -  to see the damage that’s being done by the “it’s all on computers anyway,” approach. Maybe it might encourage them to visit their local library and see what’s going on? And maybe they should start their investigation by reading Caitlin's article? But, ah yes, the problem of that Times paywall?

Helpfully, some people are keen to have this article more widely available. I've heard rumours of Nosy Crow's website, for example.

So many thanks for the library column, Caitlin Moran. It needed to be said. And it will need saying again, I fear. And readers - please note that this is only a review. Caitlin Moran’s argument and words are much more powerfully interesting - and amusing - than you’ve read here.  Go and look.

Return to REVIEWS HOMEPAGE
Posted by Penny Dolan at 11:30 Permalink

Thanks for this, Penny - I hadn't seen the article. Will look for it, but in any case, your summary is useful and telling.

Do read it if you can, Sue! I decided to edit out a couple of her best lines because quoting them felt a bit too cheeky.

It is a great piece, I agree. And I found it more moving than anything else I've read on the subject.