I AM DAVID by Anne Holm (transalted from the Danish by L.W.Kingsland): Review by Pauline Francis

I’ve been flirting with lots of fun end-of-summer books to use for this review, but as the constant images of mass migrations caught and held my attention, I was desperate to re-read this wonderful and compassionate modern classic, which has been one of my favourite children’s books for years – and one of the novels that made me want to become a writer.

Although this novel was first published in England in translation, in 1965, it has never been out of print and is widely used by Years 6 & 7 in schools.

I am David tells the fictitious story of a young boy, aged nine or ten, who escapes from a concentration camp somewhere in Eastern Europe to find his way back to his family in Denmark. He travels alone, with a bundle of possessions: a pocket knife, a compass, a bottle of water, a large loaf of bread and a box of matches.

Having known no other life but the camp, David knows nothing of the world outside its wire fence. He must learn about good and evil. He must learn about trust. David’s instinct for survival so far has provided him with one rule he must always obey if he’s to survive: he must not think. “Don’t think, don’t think! David clenched his hands, gripping a tuft of grass. He mustn’t think at all, for if he did, there was only one thing to think about – that he would not be able to run any further.”

As in the camp, he can look and listen, and use that information to help him; but those thoughts must go no further. David sticks to this rule throughout his journey, which I think has a devastating effect on the reader. I almost know this story by heart, but I still think for David, and warn him of the possible dangers. Such is the power of this little book (182 pages)!

David sneaks into the back of a van, hides in the hold of ship sailing to Italy, walks, runs and climbs – and even lives with family for some time; but all the time he’s afraid of being captured again, fearing that they will force him back to the camp.

How many times have we seen this played out on our various screens these last weeks?

For me, the most heart-breaking fact in the novel is that David doesn’t know how to smile. This worries the mother of the family who takes him in – she doesn’t want her innocent children to be corrupted by the evil he must have experienced. After over-hearing this, David finds an old mirror and practices smiling, although he isn’t very good at it. He can’t smile with his eyes. When he leaves, he writes a poignant farewell letter to the mother to tell her that children must be taught about good and evil if they’re to find their way through life.

David’s experiences have made him wise beyond his years!

I have no political agenda here; but if you don’t know this little gem, please read it if you can. I guarantee that, whatever your view, you will never regret looking into the heart of one child refugee: David. 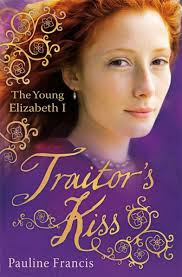 I first heard about this classic book back in the '70s, but have never read it. After reading your review I now feel I must get hold of a copy. In fact it sounds like a story that everyone should be reading or re-reading right now.