FINGERS IN THE SPARKLE JAR by Chris Packham: reviewed by Sue Purkiss

This isn't a book for children; it's a memoir of what it was like to be a child.

Chris Packham is well-known as a presenter of natural history programmes, notably Springwatch and Autumnwatch. He writes about his childhood in the sixties and early seventies. His story has obvious echoes of Barry Hines' famous book, Kes, about a working class boy who catches and trains a kestrel. Like Billy, Chris as a boy has a profound empathy with the natural world. In Kes there's a bit where Billy describes the sensation of putting his foot into a welly full of tadpoles - the boy Chris does some very similar things: the 'sparkle jar' incident of the title has something in common with that incident. 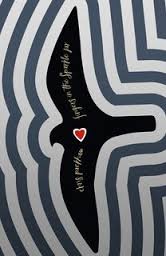 But this isn't a book 'like' Kes. In fact, it's not a book like any other I've ever read. It is a series of memories, not related chronologically, interspersed with accounts of sessions with a psychiatrist/psychologist whom Chris saw ten or so years ago, when he was suffering from a crippling episode of repression. I don't know how he managed to write in so much detail about these sessions - how did he remember everything they talked about? Or is it an approximation of what they said - a way of exploring his inner being, rather than an accurate representation of what was said? Whatever - these sections cast a light on his
memories of his childhood, and vice versa.

There's just as much detail in his memories of his parents, his early encounters with nature - and of how bewildering it was to be a child who had a different way of relating to the world than most. It's fascinating, and forensically honest.

The writing is extraordinary, rich and lyrical and full of a 'passionate intensity', to lift from Yeats, who, like Bruce Springsteen and Shakespeare, seems to provide a quote for almost every occasion. Here, for example, is his summation of an incident where he came across a cloud of moths in a wood.

Without the restless insects the place seemed stunned, stupefied, shocked by that ballet of gossamer violence, the wonder of plain and simple things drawn together to conjure such beauty, transforming that bubble of urban air into a theatre where an astonishing performance was fleetingly played to an awed audience of one, the memory of which would sparkle for a lifetime. And he knew it then, in that moment of dazed happiness, what a gift, what a thing he had seen, what a treasure he held.

It's not the easiest of reads, but it is immensely rewarding, on several different levels: notably in its minute and loving observation of the natural world - but also in its evocation of the world of a sensitive, driven, bemused boy who finds it much easier to relate to creatures than to human beings.


A version of this review has appeared on my own (mostly) reviewing blog. A Fool On A Hill.