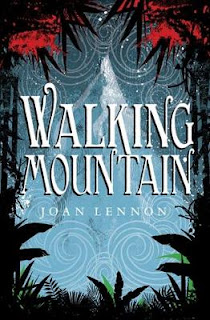 People often ask where writers get their ideas from - and it's a question I find quite easy to answer. I don't have that many ideas, but the ones I do have really grip me, and I always know just where they came from.

But with a book like this, I really do want to ask exactly that same question - because it's so full of inventiveness and imagination. The characters, concepts and landscapes come fresh-minted: they feel absolutely new - a bit like Philip Reeve's, I suppose; but I can't think of many other books they remind me of. It's fantasy, yes, and there are lots of other fantasy books, but they often follow recognisable pathways - they're sword-and-sandal epics, for instance, or paranormal romances, or urban dystopias. I suppose there's a touch of the dystopias about this, but the feel of it is much warmer and more magical than that genre usually is.

It begins with a group of Drivers - sort of celestial shepherds - who's job is to herd meteors. But one day, they have a party, as you do, and when they check the herd afterwards, they realise that one meteor is missing. Three of the Drivers volunteer to go in search of it and retrieve it before it can do any harm. But they're too late. They can only watch as it hurtles into a blue-green planet, which disappears under a coat of grey ash from a hundred volcanoes. Life on this planet will be changed, changed utterly, and all the three drivers can do is try to ameliorate the damage that has been done.

Fast-forward several aeons, and we meet Pema and Singay, a boy and girl who live near the Walking Mountain. This mountain has hitherto regularly moved, revealing in its wake an area of fertile ground which enables the people to live. But lately, the mountain has been behaving out of character. Singay has been having strange dreams of catastrophic rock falls and earthquakes - and then the two children hear, impossibly, the sound of crying from inside the mountain...

What follows is a quest to save the earth from destruction, and a journey which tests Pema and Singay to the utmost. Warning - it's really, really sad at the end, but then Joan Lennon whisks up a heart-warming resolution, just when you think she can't possibly.

It's beautifully written. It's warm, funny, sad, happy - and did I mention that it's incredibly inventive? Do read it. You won't regret it.

Thanks Sue - you've made my day!

Having read Joan's 'Seven Tides' - with it's ferret professor - I want to read this!

Aha! I have my copy now. Went into my local Waterstones, was told the order might take a week, but it was there within a couple of days. Good work from Birlinn the publishers. Oh, and Waterstones.

Many thanks for kind comments!