The subtitle of this book is 'An animal poem for every day of the year'. It's a simple idea and a brilliant one, and it's resulted in this most sumptuous book - satisfyingly huge and beautifully coloured. 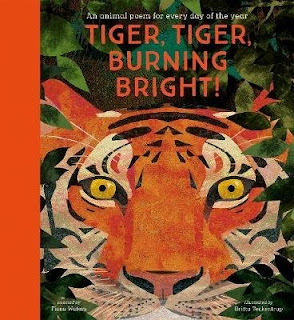 There's a vast variety of poems. Some are short, simple, and funny; others are much more complex. But I don't think it would matter if the poem for one day might be a bit difficult or a bit simple, because there would be more than enough in the illustrations to evoke discussion, admiration, wonder. It will make a most marvellous present. The cover price is £25, but it's widely available at £16-17.

I don't think I need to say any more: I'll just show you some examples. 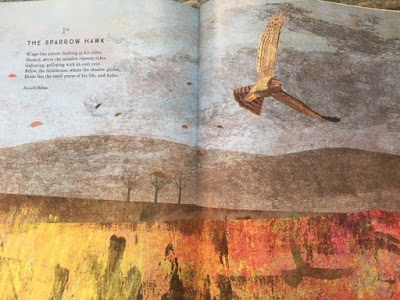 You probably can't read the poem: it's The Sparrow Hawk by Russell Hoban:
Wings like pistons flashing at his sides
Masked, above the meadow runway rides,
Galloping, galloping with an easy rein,
Below, the fieldmouse, where the shadow glides,
Holds fast the small purse of his life, and hides. 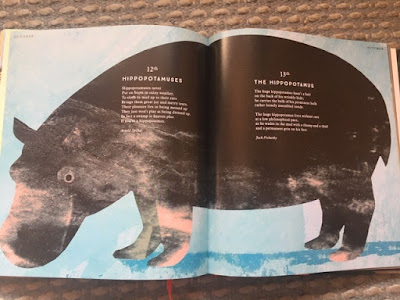 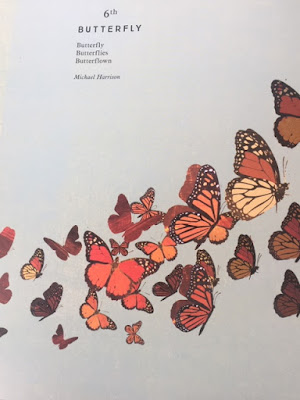 The book is an absolute treat.

Return to REVIEWS HOMEPAGE
Posted by Sue Purkiss at 03:00 Permalink

I can believe it!