Bird of Passage by Catherine Czerkawska

I was three-quarters of the way through this book – or even more – before it dawned on me that it was Wuthering Heights in modern dress.  I was tipped off by a couple of sly and amusing references to twigs tapping on windows and ghosts, and by the hero disappearing for twenty years and then returning a rich man.
It’s not a re-telling, though – it’s a re-imagining.  A dialogue with the older book, if you like.  It asks, would the same story, the same deathless love, be possible in the modern age, and if so, how?
Even so, if I’d known before I began it, I probably would never have read it, and that would have been a shame.  It would have been my loss – but I’ve read enough self-conscious and unconvincing rewrites of classics to ensure that they’re never something I’m eager to pick up.  However, I’m glad I did download this to my e-reader and click it open, because it’s excellent – as are the other books I’ve read by Catherine Czerkawska:  A Quiet Afternoon in the Museum of Torture and The Curiosity Cabinet.
Bird of Passage begins on an isolated farm on the Isle of Skye, in the 1960s.  Every year, bands of Irish ‘tattie-howkers’ arrive for the potato harvest, and one year Finn O’Malley comes with them.  He is too young for the back-breaking work, and an elderly farmer is concerned for him, and takes him under his wing, inviting him back to his house to feed him up, and taking him fishing to give him a rest. 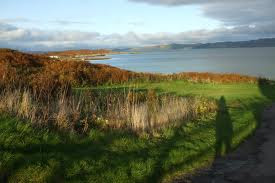 The farmer has a granddaughter, Kirsty, on whom he dotes.  She’s an only child, lonely at the farm, and strikes up a friendship with Finn which persists through the years, as he returns again and again to the harvest.  By the time sex enters the scene, they have forged a close emotional bond that even years of separation cannot loosen; and, as an adult, Kirsty retains an understanding of Finn which others, kept at a distance by his silence, never reach.
I’ll confess here that I’ve never actually finished Wuthering Heights.  While admiring the down-to-earth reality of its earlier chapters, I’ve always lost interest once it moved on to the next generation.  As far as I’m concerned, it’s one of the classics we love and avoid today.  But I finished Bird of Passage.
Couldn't have put it down.
For one, I found both Finn and Kirsty far more engaging characters than Heathcliffe and Cathy.  Kirsty is a bright and loveable child when we first meet her: the sheltered, adored darling of her mother and grandfather.  She can’t understand Finn’s withdrawn and touchy nature and merrily, touchingly, tries to draw him out.  She’s read the ‘Chalet School’ books and, hearing that Finn attends ‘a boarding school’ in Ireland, questions him about dorm feasts.  In reality Finn is a near-prisoner in an ‘industrial school’ for the children of ‘unfit mothers’, staffed by monks.  Things go on in dormitories at night, but not midnight feasts.
Because we know more of Finn’s background than we do of Heathcliffe’s, we understand him more.  We can see why he is withdrawn, wary and silent.  Nor does he simply vanish before returning a rich man – we know exactly where he’s been, what he’s been doing and how he got that money.  We also understand why he hasn’t changed.  Though I know many Heathcliffe fans won’t agree with me, I’ve often felt that Heathcliffe should be clipped round the ear with a rolled newspaper and told to lose the Byronic pose – whereas with Finn, I knew exactly what he was struggling with and how hard it was.
I was convinced, moved and impressed by Bird of Passage. It says that, yes, undying love for another, unrelenting absorption in another, is possible in these days of computers and motorbikes.  (Guess who rides the motorbike in leathers: go on, guess.)  But, although it’s possible, you may not want to pay the price.
Whether you love Wuthering Heights or not, if you enjoy an involving, beautifully written book, you’ll enjoy Bird of Passage.

Bird of Passage by Catherine Czerkawska can be found here.


Return to REVIEWS HOMEPAGE
Posted by Susan Price at 00:03 Permalink

Quite agree - I was also some way into the story when I thought 'ah! Wuthering Heights'. It was something to do with the part that landscape was playing in the story as well as the characters. And because it was a quite different landscape to the Yorkshire moors I just thought 'mmm, how interesting' and carried on without missing a beat.

I'm so pleased with this reaction. I thought of it as a 'homage' to WH without trying to imitate or retell - re-imagining is a great way of describing it! I have to say that my (ex) agent never ever understood this aspect of it. Which saddened me rather than anything else.