Reflections by Diana Wynne Jones and others, reviewed by Emma Barnes

The fantasy author Diana Wynne Jones, who died last year, was not a household name like fellow children’s authors Philip Pullman and JK Rowling, but her books inspire just as intense a devotion among her fans, who never tire of her wit and inventiveness. In his introduction to Reflections, a collection of her non-fiction writing, Neil Gaiman comments that she was “quite simply the best writer for children of her generation”. As some of my own favourite Jones novels have fallen apart from rereading, I’m not about to argue.

“Reflections” contains many different pieces: journalism, speeches at fantasy conventions, book reviews, autobiographical material and contributions from her sons, Richard and Colin Burrow, as well as pieces by Neil Gaiman and academic Charlie Butler. It is undeniably a bit of a rag-bag: at times repetitive. Yet it is filled with jewels, not only for admirers of Jones, but for all those with an interest in fantasy, or children’s fiction.

Jones began writing fantasy at a time when it was unfashionable. Her books blended real life and magic to startling effect, and employed many different styles and settings, including the use of multiple worlds. Jones’ books are so vivid that you assume she was always drawn to the fantastic. Yet some of it was practical. Her own sons liked humour, they liked fantasy, and they liked reading about boys. Hence Jones took up writing children’s fantasy novels, in which the main characters (at first) were boys, and there was always a generous dollop of humour. Another reason was that Jones’ own childhood was, she says, too extreme to be believable as a source. Yet, as becomes very clear from Reflections, it was absolutely crucial to her books.

Jones is forthright about her upbringing – the scroogish father, the distant mother, the three sisters left to their own rackety upbringing in an unheated annexe to the educational centre which her parents ran. It is directly invoked only in one novel, “The Time of the Ghost” but, as Reflections makes clear, was vitally important to all of Jones’ work, most obviously, in her constant use of real people. The hateful relatives of Eight Days of Luke are the family she stayed with while at boarding-school, while her mother appears (her son Richard writes) like “a bass note” through all of Jones’ fiction – in characters such as the Witch of the Waste or the terrifying Aunt Maria. 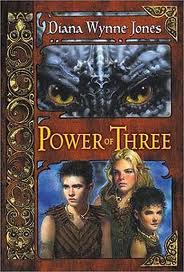 Jones, in her interview with Charlie Butler, says that her writing was less therapy for her childhood, than a kind of “translation” – the development of another tape that she could play in her head. There seems no doubt that it gave Jones’s fiction its particular quality – which is sometimes in this volume described as “darkness” but which I would describe as a kind of “fierceness”. (Jones’s writing is too humorous, too matter-of-fact in style, to be “dark”.) She is utterly unworried to call a spade a spade. You don’t doubt in Jones’s fiction that evil exists, and that if you are very unlucky it may turn up in the form, say, of a sister who is lining you up as a human sacrifice in order to enable a bunch of third-rate wizards to take over the world. Jones’ characters often harbour murderous feelings towards their closest kin. (The Ogre Downstairs contains two attempted murders, although neither come off, and both are extremely funny.) And Jones makes clear that both children’s writing and fantasy are the perfect media for dealing with strong emotions: “the beauty of writing for children is that they admit to violent thoughts” and “magic is a metaphor for thoughts”.

Writers are, of course, also shaped by what they read, and there’s much discussion of other books, from Beowulf and medieval romances, to fascinating analyses of the Lord of the Rings and Narnia. But its also interesting that Jones was shaped as a writer as much by what she did not like as what she did. Her mother looked down on fantasy (which made Jones long for it), while she and her sisters had a long shelf of preachy “Goddy books”, which they detested. Later, when Jones read to her own sons, she heartily disliked the 1960s version of “Goddy books” (“very bad and inane”) with their stress on real-life problems.

She developed her own philosophy of children’s fiction: that it should not represent, above all, a powerful emotional “experience”. She also suggests that fantasy for children can be patterned on children’s own “make-believe” games (this piece, “The Children in the Woods”, is my favourite in the collection). As a writer blending ordinary life and fantasy, I found these insights fascinating and thought-provoking.

Many of Jones’ fans are adults (I was interested to see that both Gaiman and Butler never read her in childhood). In Reflections, Jones explains that she did want to entertain adults, having watched her husband, a professor of medieval English, fall asleep every time he tried to read aloud to his children. Consequently, perhaps, her books are rich in references: myth and folk-tales, Donne and T.S.Eliot. Yet she was uncompromising in meeting what she sees as children’s needs: among them, relatively simple language that reads well aloud, and no boring description (“descriptions are where children stop reading...I agree with them”).

One thing all Jones admirers wonder is: why her relative obscurity? I think Reflections provides part of the answer. Jones was never prepared to repeat herself, and states here she wanted each book to be different. She achieved this to an amazing extent, as Charlie Butler points out. But, I’d argue, if you enjoyed the domestic comedy of The Ogre Downstairs you are likely to be a bit befuddled by the tribes of Power of Three. Or if, like me, you could not wait to read more about Cat and Chrestomanci Castle, you are not happy to find the next in the series set in a boarding school (Witch Week), or a version of Renaissance Florence (Magicians of Caprona). Maybe this is where Harry Potter, which sticks firmly to Hogwarts, had the popular edge.

There are so few books like this that go into a children’s writer’s head, and really get to grips with their life and craft, in an accessible way. I wish there were more. There’s just one thing. In my favourite Jones novels, no matter how often I have read them, I never want the story to end. I was hoping that this book would tell me exactly how she did this. But that remains Diana Wynne Jones’s mystery.

Return to REVIEWS HOMEPAGE
Posted by Emma Barnes at 12:40 Permalink

I always read her when I'm stuck she handles complexity so effortlessly she makes me think I can do it too ( I'm wrong of course, but she is a tonic for the panicking author none the less.)

Thank you for this excellent insight.