HIS PROMISE TRUE by Greta Marlow. Reviewed by Ann Turnbull. 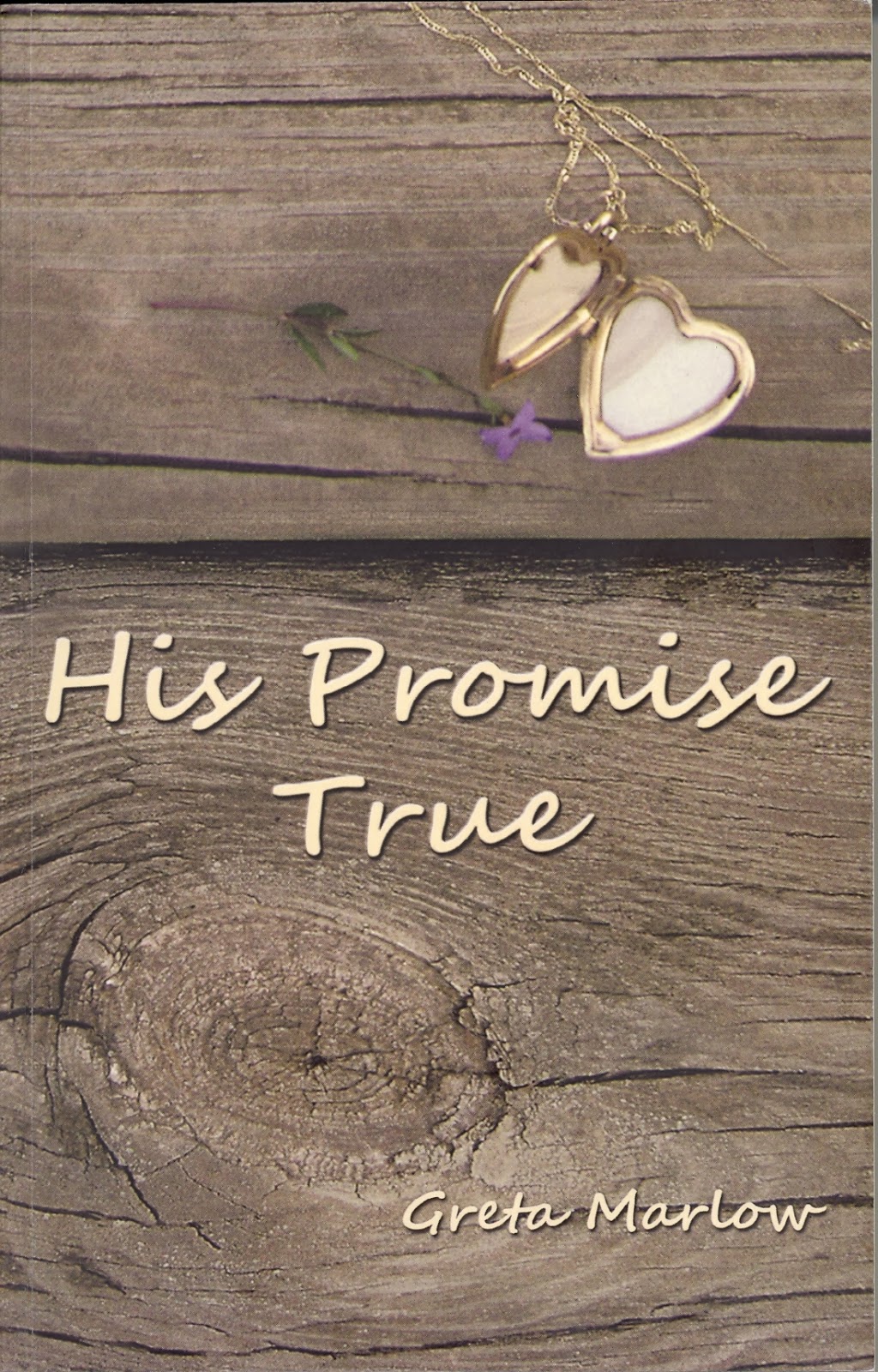 You might think from the title and cover that this is a romance.  And certainly it is a love story - but a realistic historical one, set in Tennessee and Arkansas in the 1820s, at a time when large numbers of people were moving west in search of land.

The first-person narrator is fifteen-year-old Maggie Boon, a mountain girl from a poor family in Tennessee.  When the story opens, Maggie, wearing her Ma's best dress and a false bosom made of rags, has been brought against her will to a barn-raising where her Pa is set on selling her into marriage to one of the neighbouring farmers.  There is dancing, the whisky is flowing, and he's determined to strike a bargain before the evening is over.

But Maggie runs off, jettisons the bosom, and meets - and kisses - John David McKellar, the youngest son of a much wealthier family in the valley.  He's celebrating his twenty-first birthday with a little dancing and too much whisky.  John David declares that he will marry Maggie - and Maggie's father, sensing better pickings, has the pair of them tying the knot that very same evening.

It's not the most favourable start to a marriage, especially as the McKellar parents are hostile.  After some bitter rows, John David decides to make the long and difficult journey to Texas to start a new life with Maggie.  And that's when their real troubles begin.

The two main characters are well developed and believable, and their relationship drives the story.  Maggie is a capable but uneducated girl whose home life has made her fearful of "smacks" whenever she makes a mistake.  John David is over-confident, drinks too much, gambles, takes risks - and yet is lovable because he is so good-hearted and loyal.  Both of them grow and change and are tested by the trials they encounter.

I was uncertain whether this book was intended for adults or YA.  To me it seems like one of those "age 13 to 95" books that get passed around the family - though it doesn't pull its punches and adults might like to check it out first.  The style is colloquial and immediately draws you in, and the story is hard to put down.

The author lives in Arkansas, and her book is published by EMZ-Piney Publishing in both paperback and ebook.

PERFECT LOTTERY SPELL THAT WORK FAST WITHIN 24 HOURS WITH DR RAYPOWER LOTTERY SPELL POWERS
I saw so many testimonies about Dr Raypower a great lottery spell caster that will help you cast a lottery spell and give you the rightful numbers to win the lottery, i didn't believe it, at first but as life got harder i decided to take a try,  I contacted him also and told him i want to win a lottery he cast a lottery spell for me which i use and i play and i won $3,000,000 (THREE MILLION DOLLARS). I am so grateful to this man Dr Raypower and I am making this known to everyone out there who have been trying all day to win the lottery, believe me this is the only way to win the lottery, this is the real secret we all have been searching for. Do not waste time contact him today for you to also be a winner contact info below.

Good day everybody, This is my testimony on how i won $4,200,201 million I want to use this opportunity to thank Great JOHN for helping me to win the lottery of $4,200,201 million dollars on Mega millions lottery ticket. I have been playing the lottery for the past 6 years now and I have never won. Ever since then I have not been able to win and I was so upset and I needed help to win the lottery. So I decided to go online and search for help, there i saw so many good testimonies about this man called Great JOHN of how he has cast lucky spell lotto for people to win the lottery. I contacted him also and told him I want to win a lottery, he cast a spell for me which I use and I played and won $4,200,201 million dollars. I am so grateful to this man, just in-case you also need him to help you win, you can contact him through his email: Drjohnwinlotterspell@gmail.com, WhatsApp number: +1 (803) 820 2671 ..

I contacted herpes' I was told there is no herpes cure except treatment to
control it. I totally lost hope. All I could think was losing my life it
was so embarrassing to have this virus, few weeks ago I ready about a
possible natural herbs cure which was guaranteed. And I ordered the natural
herbs treatment from Dr voodoo after some weeks I got 100? cure. Now I'm so
excited to share this testimony contact Dr voodoo WhatsApp number
+2348140120719 also e-mail him at: voodoospelltemple66@gmail.com