The Diamond Thief by Sharon Gosling - reviewed by Tamsyn Murray 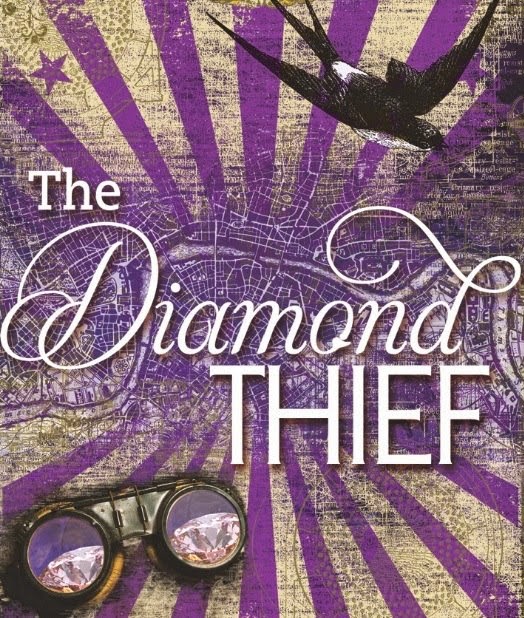 Rémy Brunel is a bird of paradise, flying on a trapeze above the ring in Le Cirque de la Lune in an exquisite pink and black feathered costume. That's her day job. She's also a jewel thief, one of the best in the business, and the circus gives her the perfect cover, taking her orders from Gustave, the circus owner. Rémy doesn't plan to be a thief forever, just long enough to get herself and her best friend Claudette enough money to make a life for themselves away from the circus. Gustave has other ideas...


When the circus arrives in London, it's not long before Gustave has his eye on a glittering prize - the Darya-ye Noor diamond - the Ocean of Light - which is on display at the Tower of London. He sends Rémy to steal it but things don't go to plan, especially when she encounters the determined and conscientious Thaddeus Rec, the only policeman to suspect her. At the end of the night, the diamond is in Rémy's hands but nothing is what it seems and she is forced to go on the run in fear of her life and her future.

Featuring a cast of fabulous characters, confounding contraptions and a rip-roaring ride of an adventure that leads us deep under London's Victorian streets, The Diamond Thief is a highly enjoyable, action-packed story. Rémy and Thaddeus in particular stand out  - Rémy shines like the jewels she steals and she is exactly the kind of character I wish I had written. I feared for Thaddeus at first because of his principals but he falls just the right side of immovable and makes the right choices when it comes down to it. I couldn't wait to get back to this book and yet didn't want it to end - thankfully, there's a sequel, The Ruby Airship, so I get to find out what Rémy gets up to next.

I recommend this book for aged 12+ - a great Steampunk adventure with a romantic heart and plenty of thrills and spills along the way.