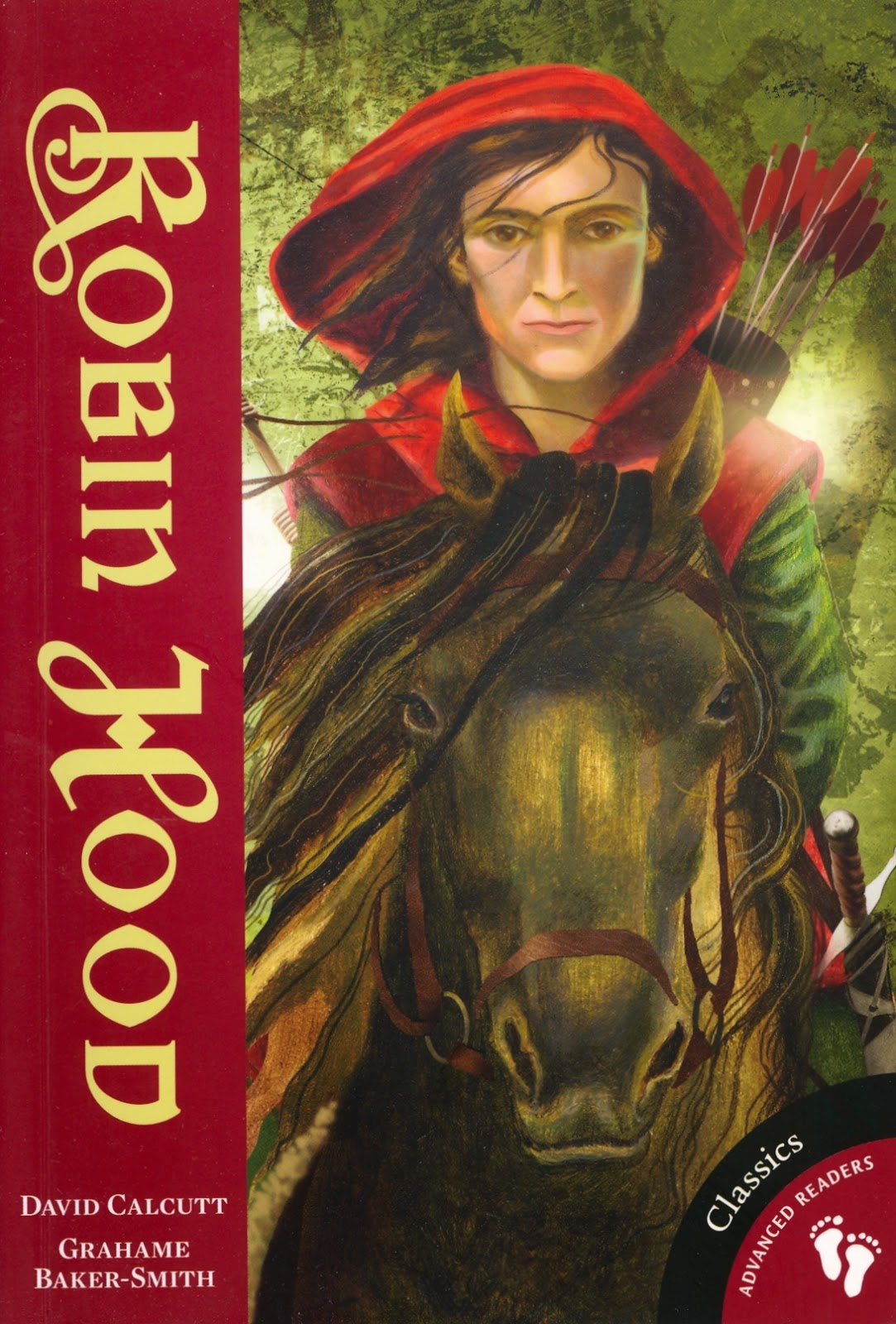 "Robin was out hunting in the forest. It was a morning early in the year, cold and still, with frost on the ground and a freezing mist in the air. He was wearing a thick woollen cloak wrapped tightly around his body, its hood pulled down low over his face. The branches were bare and last year's leaves lay thick and deep on the forest floor. They crackled softly beneath his feet as he made his way through the trees."

The first thing to say about this book is that it's a work of art - beautifully written by David Calcutt, and decorated on almost every page with stylish, dramatic illustrations by Grahame Baker-Smith. As well as some terrific double-spread battle scenes (my favourite is the one of Robin Hood and Little John fighting on a bridge) there are decorative borders and leafy overlays and small pictures of woodland animals on nearly every page.

Author David Calcutt's greenwood was inspired by the forests near his home in the West Midlands, and there is a strong sense of place and weather throughout that adds realism and strength to the stories. From the many ballads of Robin Hood he has drawn a selection that makes up a narrative of the outlaw's adventures and life in the greenwood. Each chapter tells a different story and each begins with verses from a traditional ballad. The stories are told simply and the characters use modern speech. There is plenty of action, and a lot of killing of both men and deer. This is true to the original tales, and Robin comes across as a typical folk-hero - bold, boastful and ready for anything, but always on the side of the underdog. All the familiar characters are there: Will Scarlet, Friar Tuck, Maid Marian and, of course, Robin's arch-enemy, the Sheriff of Nottingham.

In the last chapter, Robin is allowed to disappear into the greenwood, and into legend, keeping the mystery of his end uncertain - though the author hints at a few different versions of his death.

This book is available in paperback and also in a hardback edition. I have not seen the hardback but it is apparently larger and no doubt even more desirable. Either would make a lovely gift for a wide age-range - I'd say around 7-13.