‘When It Snows’ by Richard Collingridge reviewed by Pauline Chandler 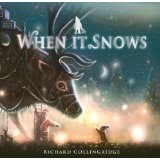 Browsing in our local book shop (yes, we still have one !) for Christmas picture books for my grandson, my eyes were drawn to the beautiful cover of ‘When It Snows’. Its sombre night time colours really stood out from the rest. There’s that huge reindeer too, towering over a very small child. It looked unusual, if not slightly threatening, but I was attracted to it and intrigued, so I opened this beautiful book. I’m so glad I did. It’s a gem.

The images of giants continue throughout the story. 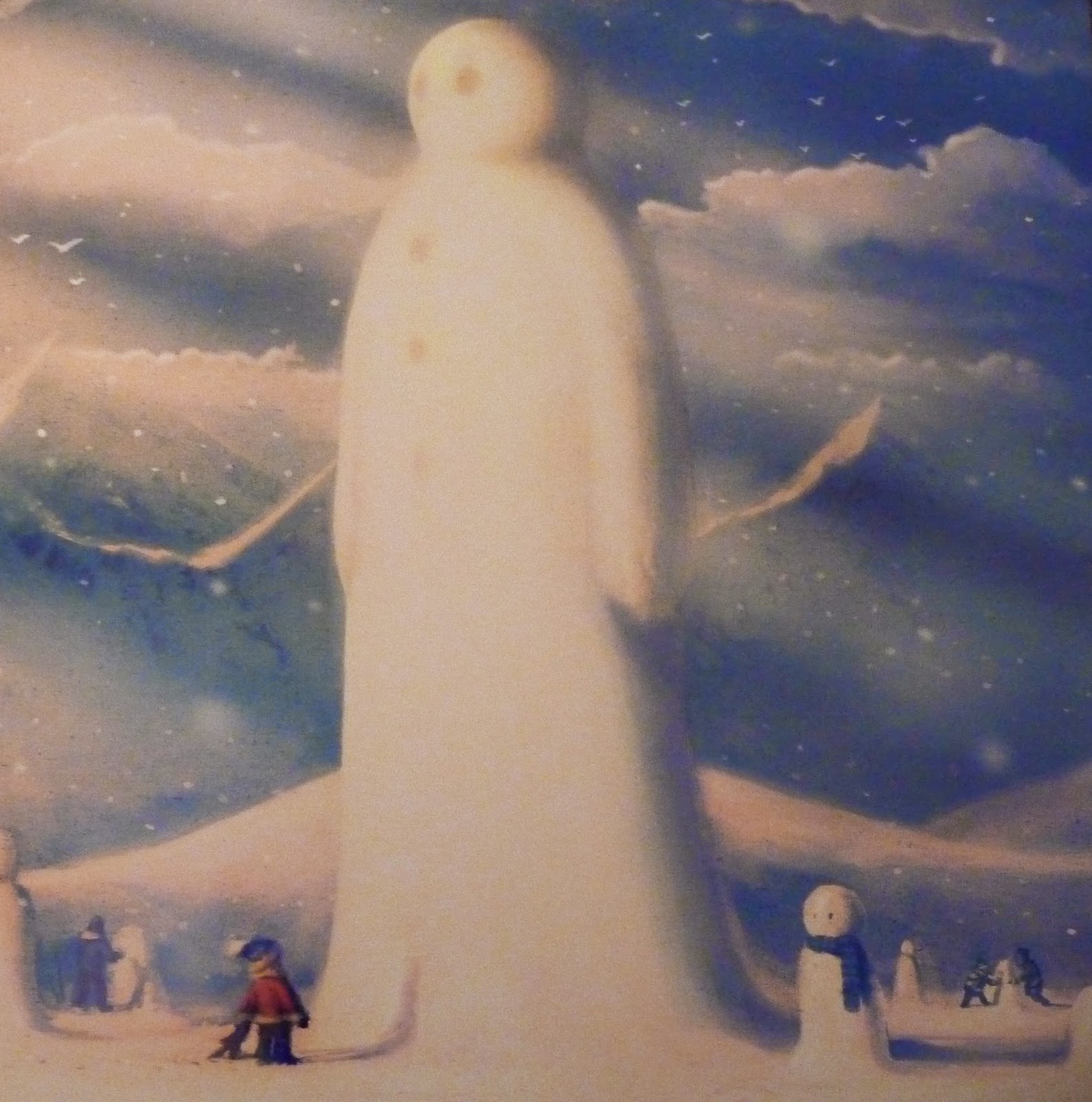 We have a giant train, enormous snowman, gigantic trees and the towering Queen of the Poles, and there's that reindeer, hung all over with sacks and boxes of presents, its antlers rearing up like huge leafless trees. As I followed the story I realised that the unusual proportions could reflect a small child's point of view, as well as what we might expect from the world of myth. There are small characters too, fairies and elves, and Santa is reassuringly human size.

These illustrations are all beautifully depicted in the same sombre colours as the cover, dark blues and greys, the shades of a winter’s night in a magical landscape. No Disney glitz here! Richard Collingridge writes and illustrates his own stories, a skill I’ve always admired, and both aspects of ‘When It Snows’ are outstanding.  It's true that the story follows a traditional pattern, with the boy narrator setting out on a journey, to exciting destinations: ‘the place where the snowmen live’, ‘the gloomy forest, Where I meet the Queen of the Poles’ and finally ‘a secret place’ where he finds Santa Claus. What makes this is story different is the twist the writer puts on these traditional elements. I especially love the idea of Santa having just one giant reindeer!

There’s a delightful ending too, where the child narrator tells us that he can find these places again, at any time, by opening his favourite book.

This is a story about imagination, fairy tale, myth and magic, just a step away from a child's real world. Recently, there was the case of a vicar who baldly told children that Santa Claus doesn’t exist. How short sighted of him!  How wrong to limit a child’s dreams and imagination!  This lovely book says ‘There might be,’ ‘There could be’, ’Wouldn’t it be wonderful if-‘.  I prefer that approach. It was the one I took with my own children, adding ‘no one’s ever seen him, so we just don’t know.’ I wish I’d been able to share 'When It Snows’ with them. I’m sure it would have become a Christmas favourite.

'When It Snows' by Richard Collingridge, publ. David Fickling Books


Return to REVIEWS HOMEPAGE
Posted by Pauline Chandler at 00:30 Permalink