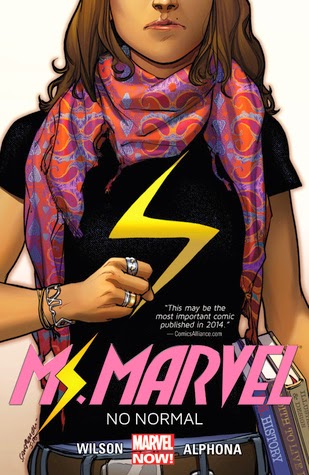 It isn't hard to see why Marvel's new eponymous hero was the breakout comic hit of 2014. And I'm going to say it right now - Ms. Marvel is the freshest super-kid on the block since the Amazing Spider-Man himself.

Like Peter Parker before her,  Kamala Khan has enough to deal with before she receives super-powers. The daughter of strict Muslim parents, Kamala struggles to fit in with her friends and just wants to be herself, even if that's an awkward 16-year-old who is happiest writing Avengers fan-fiction.

Disobeying her parents, Kamala sneaks out to a party only to get caught in a mysterious fog. Overcome by the mist, she hallucinates a visit from the Avengers and wishes she could become Ms. Marvel, complete with the super-heroine's traditionally inappropriate outfit.

When the fog clears, Kamala awakes to find that her wish has come true. Suddenly, she is white, blonde, statuesque and wearing a revealing costume. Gulp! Her parents are going to kill her! It turns out that Kamala has become a shape-shifter, able to take other people's form and stretch, grow and shrink on demand. Returning to her original 16-year-old form, Kamala has to piece her life back together - and try to work out how to save the world without getting grounded!

And for older comic fans too, for that matter. 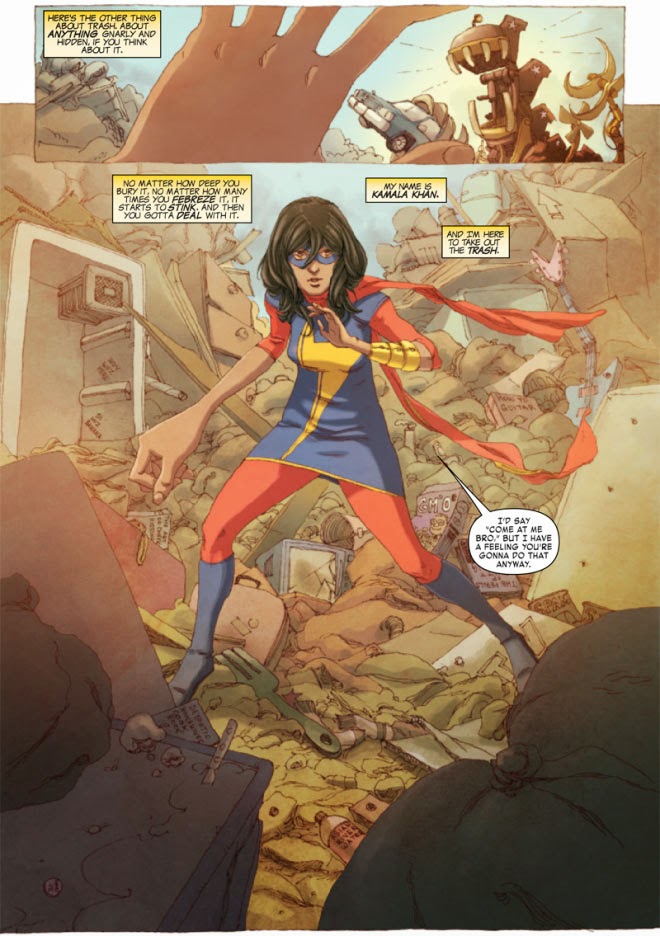 
Return to REVIEWS HOMEPAGE
Posted by Cavan Scott at 07:00 Permalink

Looks a great new heroine.. Thanks for the recommendation, Cav!