The Dreamsnatcher by Abi Elphinstone - Reviewed by Tamsyn Murray 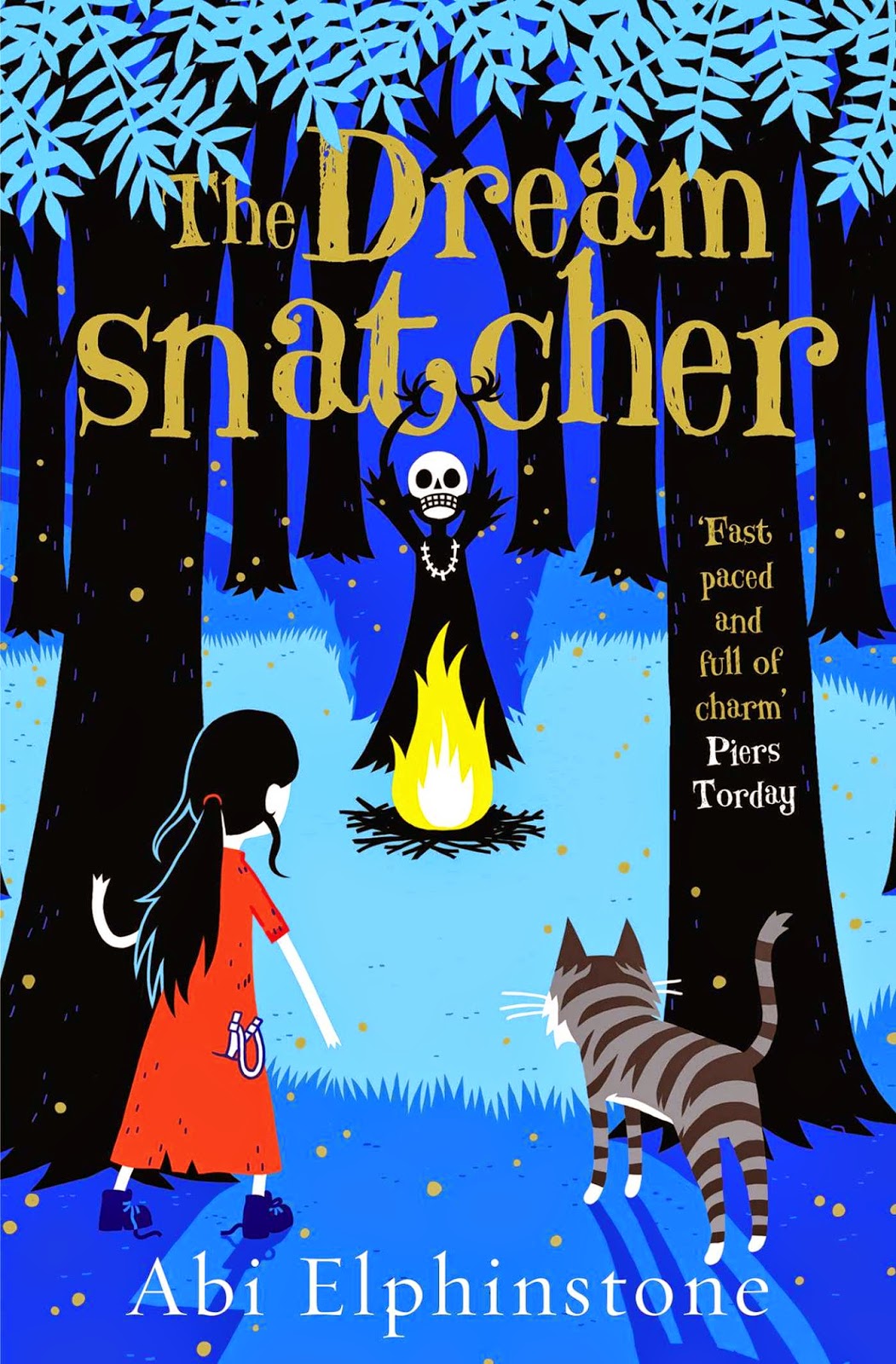 There is a magic, old and true, that shadowed minds seek to undo...

Twelve year old Moll Pecksniff has always known she was different from her gipsy family. There's the dream for a start - a recurring nightmare that drags her sleeping body into the Deepwood. And having her very own wildcat protector, Gryff - that's not normal either. But it isn't until Moll dares to cross the river and venture into Skull's camp that she discovers how different she is. And the mortal danger she is in...

The Dreamsnatcher starts with a dark ritual that had me on the edge of my seat, hand on mouth, and that was where I stayed for the entirety of the book. It's a breathless adventure incorporating black magic and evil deeds and heart-stopping bravery, with one of the most memorable baddies I've met for quite some time. I loved the wild feel to Moll's nature, the way that this is reflected in both her relationship with Gryff and with the woods around her. The story has a timeless quality too: it could be here - now - tucked away in the deep woods that still cover parts of our country. Or it could be five hundred years ago, or even another world entirely. I wanted to walk with Moll through the Ancientwood, Gryff at my side, unravelling riddles. And on the subject of Gryff, I rather wish I'd dreamed him up myself because who wouldn't want their very own wildcat? I also enjoyed the strong family feel to the story too; even though Moll has no direct relatives, she never really feels alone.

The character of Alfie, the mysterious boy Moll encounters in the Deepwood, had me intrigued and I'm looking forward to finding out where his story leads in the next book in the series. Overall, I thought The Dreamsnatcher was an accomplished, fabulous debut - a standout story perfect for readers aged 9+.

The witchdoctor will see you now...

The Dreamsnatcher by Abi Elphinstone, published by Simon and Schuster, out 26th February 2015


Return to REVIEWS HOMEPAGE
Posted by Tamsyn Murray at 07:00 Permalink

It sounds wonderful, but that cover had led me to suppose this was a book for perhaps six to nine year olds. I hope it doesn't deter children of the right age to enjoy it.