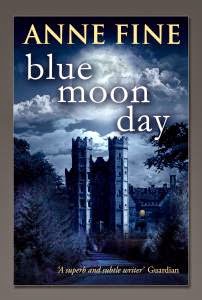 Yet again, I confess, I am reviewing a book by a friend of mine. This time I have a good excuse. It gives me a chance to highlight the many things about short stories which make them an excellent choice of reading matter for young people. For older people too,  if it comes to that, but by the time you've left school, you'll probably have decided whether it's a form you can cope with or not.

Many people are annoyed by short stories. They feel somehow let down by brevity. They think that there's no way that a short story can satisfy in the way a novel can. I think they're wrong, but then I've always loved short stories, both to read and to write.

The best examples are like small stones thrown into a pond. They strike the water and then the rings spread out and out. So you read something by Chekov, or Somerset Maugham, or Raymond Carver, or   MR James or a host of other writers and the echoes and possibilities and resonances fill your head and go on  reverberating in your mind for a long time after you've finished reading.
Fine has chosen a framing device for her stories, which are all about children in institutions:  various sorts of boarding school, a school for the blind and visually impaired, and even an educational unit for young offenders. It starts with a girl who really, really does not want to go to her own day school that morning having what she calls a Blue Moon Day (because it happens so rarely) and bunking off. However a condition of not going is that she has to go about in the car while her mother, a caregiver, goes from house to house seeing many different kinds of people. To pass the time while she's waiting, she reads the stories in a book called Away from Home, and we read the tales with her, one after another.

I speak as someone who was very happy indeed at my boarding school,  (Roedean School in Brighton) for eight years. And though I wouldn't dream of sending any child of mine to one, I can see several advantages. The most important of these, for me at any rate, was the extraordinarily high standard of the actual education. I am still enormously grateful to my teachers. I also made friends there, and  I'm still in touch with some of them. I don't recollect any serious bullying. Maybe I went round with my eyes shut but I don't think so. Girls could be spiteful. I was made miserable by several people on several occasions but nothing too traumatic.  Fine, too, in  depicting such places as they really are NOW does not resort to any of the old boys'  school  clichés of people having their heads stuck down a lavatory, and other such horrors. Her stories are much more modern than that, and even children who go to day school will recognise that they have a great deal in common with Fine's protagonists.

But this framing story does have its bleak moments, not only when we learn about the people being cared for, but also in our heroine's recounting of her family circumstances. The ending is hopeful, however, and along the way the  young reader will have been introduced to institutions and teachers that might very well make him or her look at their own school with fresh eyes.

The eccentricity of teachers is on display throughout and makes for a good deal of comedy along the way. The writing is elegant and crisp throughout. Heartstrings are pulled with no trace of sentimentality. I think readers of this book, whether they go to boarding school or not, will love it for the light it sheds on an experience which can be painful for many children.  If you're a teacher,  buy a copy for your class library and if you have a school -age child, it's required reading which you as an adult will also enjoy.

A final sad note:  the book is dedicated to Frances, whom I also knew and who used to teach at Roedean, long after I left it. She  died recently and this book would have made her very proud and happy.

The problem with modern short stories is that they so seldom have, well, stories. Still, I bet these by Anne Fine are terrific. Thanks for the recommendation, Adele: I must look them out.

This sounds an interesting and thoughtful book - and a valuable exploration of why some children need boarding schools and how that life is for them. Thanks, Adele - a recommendation for boarding school qualities if ever there was one!.