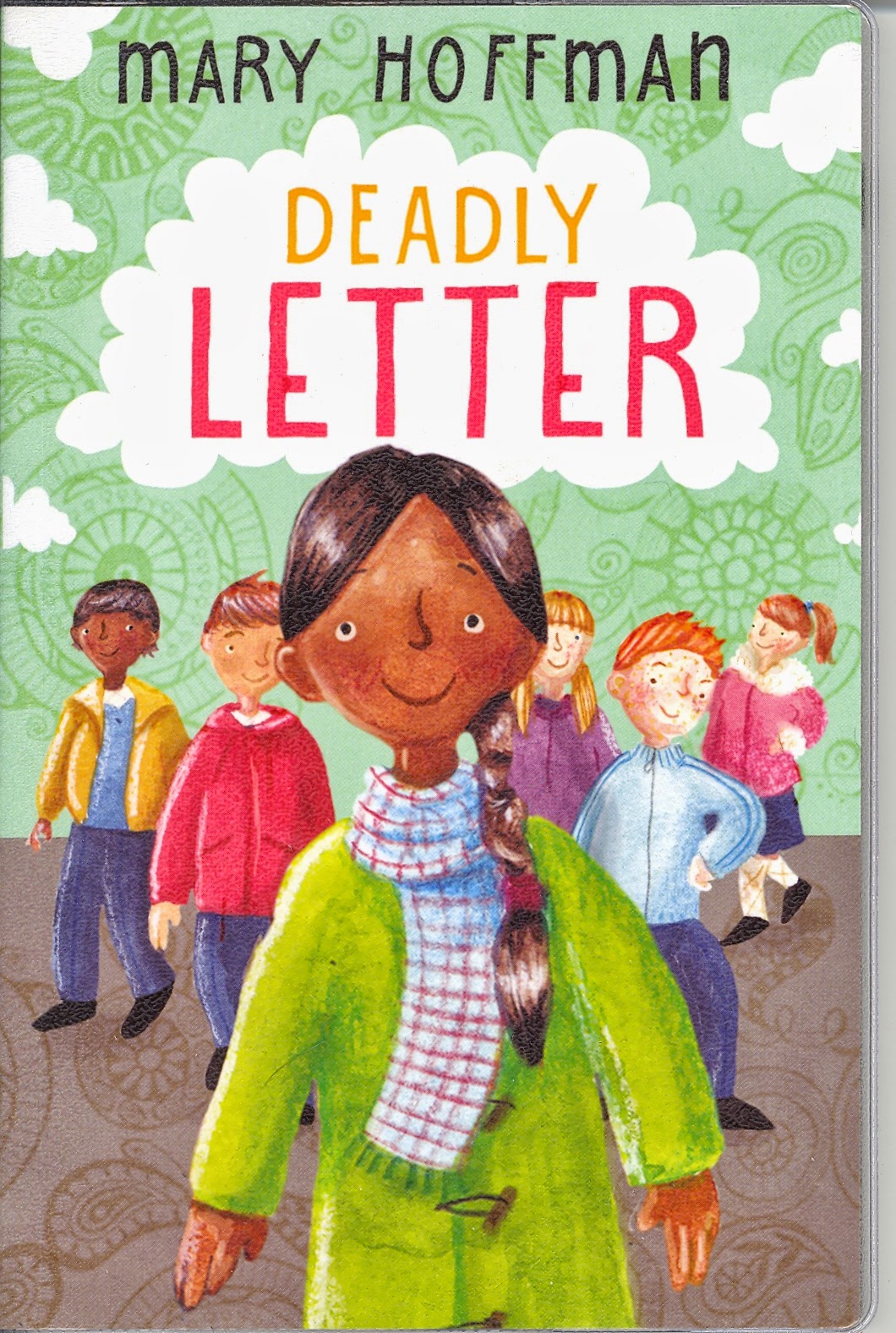 Starting at a new school is a rite of passage that happens to everyone more than once and is rarely easy, so it's not surprising that books about this experience are always in demand.

Deadly Letter is set in the world of younger primary school children. Prity has recently come from India to start school in a London suburb in a chilly English autumn. She finds the food strange, the other children occasionally unfriendly, and the playground games puzzling - especially the one called Deadly Letter. Her understanding mother and aunt provide her with jeans, a new haircut and the right kind of lunchbox. The friendship of an older boy also helps her to fit in.

But it's not all straightforward. The kind older boy is over-protective, and Prity has to explain to him that she needs to overcome her problems on her own. She wins through - and when, a few months later, she finds she must move again, she is able to cope much better. She even teaches her new friends Deadly Letter.

This is a story that any child would relate to. Mary Hoffman does not exaggerate Prity's problems by surrounding her with spiteful children. Those who seem to be unkind are mostly shown to be simply thoughtless, and Prity comes to realise that her classmates are really quite friendly. The story deals with aspects of our multi-cultural society without ever feeling like an 'issues' book. The writing is clear and accessible, while not shying away from interesting words like paratha and churidars. It gives young readers plenty to think about.

Sophie Burrows' illustrations, with their expressive faces, relate closely to the text and add to the book's appeal.

Return to REVIEWS HOMEPAGE
Posted by Ann Turnbull at 06:30 Permalink

Thanks - the kind of book that should be in every school - and every bookshop.