Laura Ruby’s teen novel is set in Bone Gap in rural Illinois, a place that everyone knows "had gaps just wide enough for people to slip through, or slip away, leaving only their stories behind."  Brothers Finn and Sean are only too aware of people slipping away: their father died, their mother ran away to Oregon with an orthodontist leaving them to fend for themselves, and the story begins just after Roza, Sean’s beautiful girlfriend, is kidnapped by a mysterious man at a local fair.

Finn is the only witness to the disappearance of Roza, but his description of the alleged kidnapper as moving "like a cornstalk in the wind" is frustratingly inadequate. The searches reveal nothing. Roza becomes another person who is lost through the gaps, leaving a rift between the two brothers behind her.

Yet just as we gradually learn that neither Finn’s strange vagueness, nor the odd disappearances in Bone Gap are quite what they seem, neither is the novel itself. Although we follow the vivid, realistic, well-drawn lives of the people of small-town America —  the local eccentrics, the sassy beekeeper, the bullies —  another story begins too. This story reveals Roza, trapped in an increasingly fairy-tale-like world by her strange captor and desperate to find her way home.

And this magical world begins to spill into Bone Gap. A black racehorse appears at Finn’s house without explanation, taking him on rides through unrecognisable landscapes, over strange cliffs in the middle of cornfields. We begin to notice subtle sprinklings of Greek mythology. Roza’s garden wilts and dies in her absence. When Demeter’s daughter, Persephone, was dragged by Hades to the underworld against her will, didn’t Demeter let the world go barren in her absence? Didn’t Demeter also take the form of a black-winged mare?

Other questions emerge, too. How important is beauty? Petey, Finn’s new girlfriend, is seen as conventionally ugly yet Finn does not notice. Some of my favourite scenes show the pair falling in love, making up increasingly ridiculous college essays “Describe someone who has had the biggest impact on your life using only adverbs”, “Tell us how you feel about Thursday - is it better or worse than Tuesday?” Roza is kidnapped for her beauty, yet this is not how Finn ultimately recognises her, and Sean’s first drawing of his girlfriend was of her hands.

And what of abandonment? Who is at fault when someone leaves? Alongside the mysterious story of Roza's abduction, many characters are alone or have missing family members. In learning to heal and move forwards, who rescues whom?


Bone Gap won the 2016 Printz Award for Excellence in Young Adult Literature in the U.S. and was published in the U.K. in April 2016. It is a well-written, thought-provoking novel that encompasses realism and myth, changes in worldview, abandonment and rescue, and, ultimately, questions how we see those we love.

Laura Ruby writes fiction for adults, teens and children. She is the author of the newly-released YA novel Bone Gap as well as the Edgar-nominated children's mystery Lily's Ghosts, the ALA Quick Pick for teens Good Girls (2006), a collection of interconnected short stories about blended families for adults, I'm not Julia Roberts (2007), and the forthcoming middle-grade trilogy York. She is on the faculty of Hamline University's Masters in Writing for Children Program. She makes her home in the Chicago area. 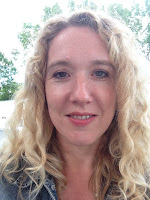 Sarah Hammond is a writer for young people. She has published a picture book, Mine!, and a teen novel, The Night Sky in my Head, which was short-listed for four awards in the UK. She is a Brit abroad, now living happily in Chicago, with strong ties to the UK which regularly pull her back across the Pond.


Return to REVIEWS HOMEPAGE
Posted by Sarah Hammond at 04:08 Permalink