THE BEAUTIFUL ONE by Frances Thomas. Reviewed by Ann Turnbull. 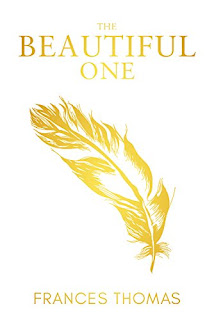 Readers who enjoyed Frances Thomas's recent Girls of Troy trilogy will welcome this story (available in e-book form only) which goes back in time and visits Helen of Sparta as a young girl.

The story begins with Helen waking to find a swan's feather on her bed. The appearance of this feather at key moments serves to remind Helen of the whispers that her mother was raped by Zeus in the form of a swan. Helen is aware of a weight of destiny, but doesn't know what it is that lies ahead of her. For the reader, however, certain names - Paris, Iphigenia, Agamemnon - drop into the narrative and send out ripples of premonition.

The emphasis in this beautifully written short novel is on Helen's thoughts and feelings. Frances Thomas wisely avoids the modern tendency to make her heroine unrealistically active and assertive. Helen often wishes she could have a life more like that of her beloved brothers, but she knows she can't achieve it. So this is mainly an 'interior' story, but none the less compelling for that. Helen's thoughts, hopes and fears are so involving that the narrative never feels slow. We tend to think of Spartan women as bold and active because in later times they were trained for combat and the whole society was warlike, but it was different in Helen's time, especially for a princess, and we see Helen and her sister Clytemnestra living very restricted lives, rarely leaving the palace and its surrounds, but occupied with weaving and waiting to be married. No other future was possible for them. So it's hardly surprising that Helen spends a lot of time wondering about love and sex and childbearing.

She also thinks about her own beauty, which is already famous. Not surprisingly, she finds it something of a burden - the more so when the terrifying, brutish Theseus visits her father and makes it clear that he wants Helen for his wife.

The climax of the story is the arrival of suitors from all the warring kingdoms and the ensuing mayhem as they drink and fight and vie for Helen's hand. At the end of this Helen must choose the man she will marry.

This is a realistic picture of a violent time - a man's world in which rival kingdoms struggled for power. Frances Thomas does not pull any punches in showing just how hard a world it was for women to inhabit.