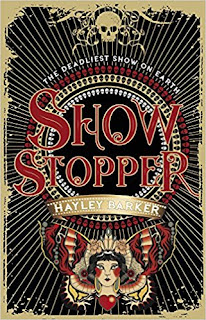 I was recently on a panel at YALC, the preparation for which involved me spending a few days prior to the event lying in a hammock in the sunshine reading three of the most charming YA circus books ever written and calling it work. Not a bad life.

I’m a sucker for anything circusy, obviously. I think there’s so much you can do with the circus as a theme, and this just proves it. My own contemporary romcom was on this panel with a dystopian futuristic thriller, an 18th century science-themed love story and a Victorian Mermaid Fantasy and they were all inspired by the Circus. 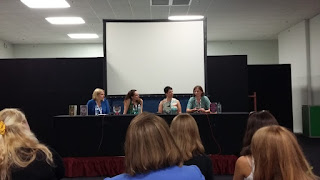 They were, in brief, Julie Mayhew’s The Electrical Venus (Older YA. I fell in love with the characters in this. Fantastic voices), Christina Henry’s The Mermaid (Part fairy tale, part answer to the hideously sweet Greatest Showman version of PT Barnam) and Hayley Barker’s Show Stopper.


The Electrical Venus has already been reviewed here and I think Henry doesn't technically class her books as YA (though The Mermaid certainly could be a cross over) so I thought I’d review Barker’s Show Stopper, the sequel to which, Show Stealer, is just out. 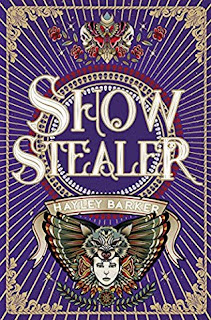 Barker had a huge signing queue at YALC so she's obviously very popular with the yoof, and deservedly so. I absolutely loved the concept of Show Stopper. It’s a big melting pot of Hunger Games dystopia, Handmaid’s Tale speculative fiction, and Greatest Showman Freak Show romance and its message is very timely.

The Cirque is a travelling circus set about a hundred years in the future, when attitudes to immigrants in Britain have been taken to their ugly conclusion. The ‘Dregs’ (anyone of colour) live in slums, have no rights and are considered less than human, while the ‘Pures’ (anyone white) are in control. Dreg children who have performing potential are press-ganged into the Cirque to perform deadly dangerous feats for the entertainment of the Pures, and if one of them has a fatal accident then all the better. No one gets old in the Cirque.

Hoshiko is a tightrope artist who’s manged to reach the ripe old age of about 16, barely remembers the parents she was stolen from, and hates Pures with a passion.

Ben is the Pure son of the government minister who’s currently making it her life’s work to oppress the Dregs even further and possibly just wipe them out, and he’s never really questioned her beliefs because it’s just what he’s grown up with.

And then one day, they meet…

This is Romeo and Juliet with tigers, sharks, evil ringmasters and political uprisings. Ah, circuses. Is there anything they can't do?