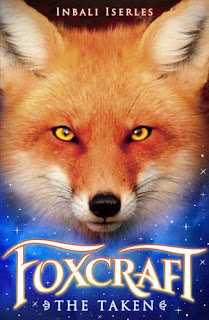 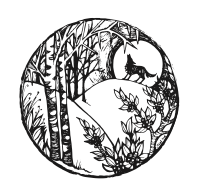 “It was always hardest for Fox.” Siffrin, emissary of the fox Elders, tells us so in this enchanting, gripping animal fantasy by Inbali Iserles, the first of a series. “To live free among the furless?” he goes on. “To hunt our prey without being seen? To elude our enemies as they circled us? It is Foxcraft that saved us.”

Inbali Iserles (one of the Erin Hunter team who writes Survivors) has created a stunning animal world that ranges from the Snowlands to the Wildlands to the Greylands and beyond; it’s one that we see in all its beauty, grimness and terror through the eyes of young Isla, a not-quite-full-grown cub who is torn from her family as the story begins. Or rather, her family – Fa, Ma, Greatma and brother Pirie - is wrenched from her, in an act of terrible violence. By chance, Isla herself escapes, but she sees enough to know that the vicious attackers who destroy her world are foxes, too. The mystery is why they would do such a thing; and Iserles is skilful in giving Isla (and the reader) sinister glimpses of the answer. The hints at a dark-hearted Mage and a secret society of Elder foxes made me hungry to know more. 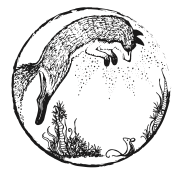 Of course Isla sets out to find her lost family; and her quest through the dirty, menacing streets of the Greylands – the ‘Great Snarl’, the city of the furless – is one that will call on all her courage, cunning and determination.

Luckily for a young and inexperienced fox, those are not all she has going for her. Siffrin is an enigmatic young stranger who claims to be a friend – but has he come to help her or betray her? Perhaps he simply doesn’t care, because Isla is no more than a means to an end… But what Siffrin does give the frightened youngster is a lesson in foxcraft: an ancient magic that feels profoundly real, and rooted deep in the natural world. If you’ve ever caught a glimpse of a fox, urban or rural, only to blink as it apparently vanishes in shadow, you’ll find foxcraft an all-too-believable kind of magic.

Iserles has mined a rich vein of folklore to bring us foxes that can blend into thin air, that can mimic the calls of other creatures, that can even shapeshift. There may be other sons and daughters of Canista – dogs that are slaves to the furless humans, and savage wolves that howl and hunt in packs – but foxes are the most enigmatic: wise in foxlore, answering to no creature, standing alone, yet fiercely loyal to family. 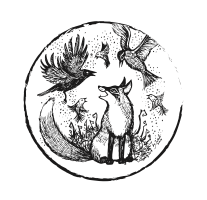 The close fox’s-eye view of the narrative brings the reader right into Isla’s skin, feeling her joys as well as her fears. She’s an instantly engaging narrator, and her terror in the city is lightened by her flashbacks to a more innocent, happy cubhood. The supporting cast, from loving brother to vicious assassin, from empty-eyed hench-fox to a terrifyingly cynical and cold-eyed wolf, are drawn with the keen and perceptive eye of a true animal lover. The eponymous Taken – foxes who have had their will stolen by the mysterious Mage – are an enemy to chill the spine, but they can still prick your sympathy gland. Handsome Siffrin became an instant favourite of mine: he’s a combination of arrogance, charisma and clouded motivations who reminded me of Haku in the Hayao Miyazaki movie Spirited Away.

Clearly Inbali Iserles is absurdly talented, because the delightful drawings at each chapter head are her own. She has created haunting characters, a thoroughly exciting quest story and an enticing mystery. And she has combined those with descriptive writing that can raise the hairs on the back of your neck – whether you’re walking with Isla through the fresh wildness of parks, slinking down the city’s gritty, stinking alleys, or dashing with her, panicked, across its mangler-infested deathways.

“Dreams are the beginning,” Isla reminds us, as this part of the story ends. I am delighted that’s as far as they take us. I’m looking forward very much to whatever those dreams are going to bring us next. 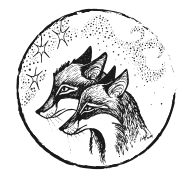 Thanks to the generosity of Scholastic, Awfully Big Reviews has three advance proof copies to give away! Just comment below, and three winners will be chosen at random. Results to be announced here on 1st September.

Gosh, that review made my heart beat faster, and the book promises more. It's high time we had another good series set in a properly animal world. I'm deeply envious of Inbali's drawing talent too. Please, I'd like a copy of that book!

Look forward to entering the Snowlands, and the world of Foxcraft! Very enticing review

Cannot wait to read this. Such an amazing author and so talented.

That's serendipity - I've just been searching out animal stories for the school where I'm Patron of Reading. Will definitely get them one of these for their library (and put my name in the hat for a free copy too, please!) It sounds brilliant.

Thank you, Gillian, for such a lovely and thoughtful review. And thanks for such kind comments!

Inbali, you are so very welcome - thank you for writing such a lovely book! I adored it :-)

CJ, if you're looking for animal stories, there's another here that I recently read that might be of interest - it's also wonderful! http://awfullybigreviews.blogspot.co.uk/2015/06/the-river-singers-by-tom-moorhouse.html

I'm a fan of animal stories when they are as well-written and thoughtful as this one sounds. Looking forward to it - and the first in the series.

Gillian, how had I not heard of The River Singers? Sounds delightful, will investigate. Thanks Amanda, I really hope you enjoy Foxcraft.

I am so excited for this book! I have been looking forward to it since it was announced. Being a huge fan of the Erin Hunter books, I can already tell that this book will end up alongside those[[and "The Tygrine Cat"] on my shelf of favorite books. Animal fantasy novels have always mesmerized me, and I applaud the authors who are able to write in such a clear way from the animal's perspective. Foxcraft is definitely on my to-read list, and I can't wait to reading it and the rest of the trilogy as they are released! :D

Can't wait for this book :3. I loved her Tygrine cat series and her work on Survivors.

Thanks Madeline and WhiteTiger, that means a lot! I hope you enjoy the Foxcraft series!

The Random Number Generator has spoken, and the winners of the proof copy are Pippa Goodhart, James O'Toole and CJ Busby! Congratulations - could you please message me on my Facebook page at https://www.facebook.com/gillianphilipauthor and let me have your addresses? Thanks, and hope you enjoy The Taken!

Oh forgot this account had my username now my name x3. Congratz to the winners! Guess I'll have to wait longer for my copy :P.