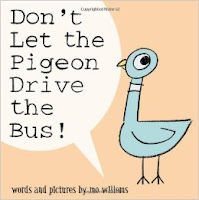 As a Brit who has recently moved to the United States, I was very curious to find out what sort of books are especially loved by American children.

“Which are your most popular picture books?” I asked the lovely librarian of my local library in a southwest suburb of Chicago.

There was no hesitation. I was taken straight to the “W” section.

“Have you read this?” She handed me Mo Willem’s Don't Let the Pigeon Drive the Bus! “It is checked out all the time.”

I hadn’t read it.

And when I did, I realised exactly why it was such a favourite.

The premise of the book is extremely simple. At the outset, on the inside cover title page, the driver of the bus speaks directly to the reader. He tells us that he is going on a break and will we keep an eye on things? There is only one rule: no matter what happens, don’t let the Pigeon drive the bus.

Page turn and right on cue, the Pigeon pokes his head around the corner in the first full spread of the book. He confides in us — “I thought he’d never leave.”
What great characterisation in this short sentence! A cheeky, rule-breaking, lovable character has walked into the story.

From here on in, using similar simple, short sentences, Pigeon begs us to drive the bus. He pleads. He persuades. He argues, dreams, cajoles, bribes, blackmails and sulks, all the while using language that is deliciously familiar to the young reader. “I never get to do anything!” “C’mon, just once around the block!”

This, in my view, is a stroke of genius. What a seductive story for a very young person who lives in a world of adult rules, and who often resorts to his most skilled powers of persuasion to obtain sweets, stay up late, watch a particular TV programme just one more time…

In Don't Let the Pigeon Drive the Bus! this young reader is the boss. He enforces the rules. He is in charge of a bus! No matter what the Pigeon says, the reader role-plays the adult and refuses to let the wheedling charismatic character get behind the wheel, right until Pigeon has a full-out tantrum on Spread 11.

The pictures, drawn by Willems, add to the hilarity. The style is modern, accessible and simple.

It is no surprise to me that the picture book was awarded a Caldecott Honor and has spawned various sequels, Don't Let the Pigeon Stay up Late!, Pigeon Wants a Puppy! and so on. It also inspired many other picture books which invite reader participation. Over a decade after Don't Let the Pigeon Drive the Bus! was published, the School Library Journal suggests that this vogue for new meta picture books is only now slowing down.

Don't Let the Pigeon Drive the Bus! is also available in the UK. 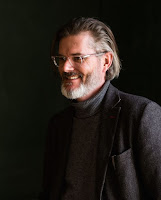 He is best know for his characters Knuffle Bunny, The Pigeon, and Elephant and Piggie and his work as a writer and animator for PBS's Sesame Street.  He is worst known for his work on Cartoon Network's Sheep in the Big City and Nickelodeon's The Off-Beats. Mo also makes sculptures and writes plays. More information about Mo’s past, present, and future can be gleaned at www.mowillems.com 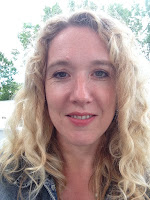 Sarah Hammond is an author. She has published a picture book for very small people, Mine!, and teen fiction too. She is a Brit abroad, now living happily in Chicago, with strong ties to the UK which regularly pull her back across the Pond.


Return to REVIEWS HOMEPAGE
Posted by Sarah Hammond at 06:00 Permalink

Pigeon sound such fun! Good to read about books from elsewhere - especially picture books that are now here!