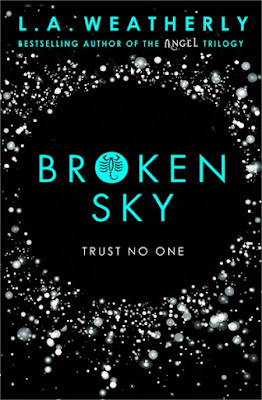 I say 'chilling', but L.A. Weatherly's Broken Sky is more of a spine-freeze. Following the Cataclysm – a nuclear conflagration a couple of thousand years ago – the world has essentially been rebooted. Amity Vancour lives in an era that is more or less the 1940s, but second-time-around. And this time, humanity seems to have learned its lesson.

Wars have happened in this universe – it's what people do – but Amity's own grandmother Louise, who lived through an appalling one, was instrumental in putting an end to them forever. The world is now overseen by the World for Peace, an international organisation that prioritises and ranks inter-state conflicts, then resolves them. The instruments of this admirable policy are the Peacefighters, a noble force who fight for their countries' rights against one another, at great personal risk but with none to civilians or large armies. For this service, Peacefighters are idolised by a grateful population – and fully trusted. Their thrilling Firedove [Spitfire] duels take place in the skies above the WfP complex, neutral territory in the Western Seaboard where the pilots of all nations socialise (when they're not engaged in aerial combat with one another). This world is not utopia, but it feels like the best version of humanity, and the Peacefighters are at its heart.

Enter John Gunnison, the demagogue who rules the neighbouring Central States – and who eyes the Western Seaboard with avarice. The Peacefights have been going his way lately, so Amity is thrilled and proud when her win in a duel retains the Western Seaboard's oil rights for five years. When that result is overturned for reasons she doesn't understand, the first doubts creep in – and when pilots begin to die in straightforward fights, things quickly get a lot more sinister. 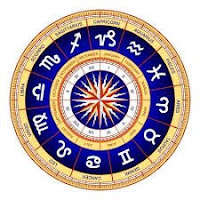 Gunnison is a tremendous and shockingly believable villain. When we finally meet him, through Weatherly's secondary character Kay, his charisma shines, and it's clear how he has reached the pinnacle of power. His genius has been to manipulate the population with astrology; his strength comes from his genuine, fanatical belief. Astrological charts are cast for every citizen of the Central States; a Discordant outcome results in correction camps, torture and death. And while Gunnison's belief is sincere, those around him survive by knowing just how to manipulate a chart to make him happy. Kay prides herself on knowing how to read people; resourceful and ruthless, she is determined to reach his inner circle and stay alive.

Broken Sky begins with Amity on the run, alone and desperate and terrified for the life of her lover and childhood friend, Collie. From this heart-in-mouth flash-forward, Weatherly takes us back to Amity's previous golden existence as a respected Peacefighter, and the great mystery begins: how did she get from there to here? The story rarely lets up the tension, and when it does it's only for touching interludes of love and family life. Amity is a splendid protagonist, courageous, compassionate and able; and we fall in love with Collie almost as thoroughly as she does. But don't let me give the impression there's sentimentality in the romance; Peacefighters can't afford it. These are tough, passionate, honest warriors and their relationship feels real.

What also feels very real is the world they live in. I felt sorriest for a character we never meet: President Lopez of the Western Seaboard, a politician doing his best for a nation that is increasingly unhappy and deprived as the Peacefights go against them. The people of the WS gaze with envy at the prosperous Central States and its strong, charismatic leader, and they begin to wonder if astrology can do the same wonders for them. They don't know – or don't want to know – about the Discordants and their fate.

One of the creepiest aspects of the novel is the Astrology shops that begin to pop up with increasing frequency in the Western Seaboard; everyone has to believe in something. Astrology might seem like a stretch as a way to hypnotise a population; but Weatherly makes it an entirely believable phenomenon. And why not? These are not the first nations to fall wholesale for the joyfully bombastic rallies of a demagogue. Soon everyone's wearing their star sign on their lapel; after all, it's just a brooch, just a bit of fun. It's not as if it'll ever be obligatory... but what if Gunnison's right? What if the Discordants are somehow responsible for everyone's problems? Harmony is a benevolent ideal, isn't it? Perhaps a truly perfect world is within reach if Discordant elements can be neutralised.

Lee Weatherly does a magnificent job of examining the good intentions of humanity, and the fragility of those ideals when put into practice. Good people succumb to temptation; good people begin to think about ends, and the means they are willing to tolerate in their pursuit. Good people decide to believe in bad people, and it's never going to end well.

Action, romance, heartbreak, betrayal, agonising guilt and heart-stopping tension: Broken Sky has it all. Oh, and fascinatingly detailed Spitfire dogfights. And delightful future-historical period detail. And TWISTS; dear Lord, the twists. And by the way, it's more than suitable for fully-grown adults as well as young ones.

I should stop before I gush any more about this tremendous book (the first in a trilogy), but I'll leave you with a link to Lee Weatherly's Broken Sky Pinterest board (I was going to steal some illustrations from it, but the choice is too difficult). And besides, I found this shot of Ms Weatherly in a Spitfire: 
Return to REVIEWS HOMEPAGE
Posted by Gillian Philip at 00:51 Permalink

PERFECT LOTTERY SPELL THAT WORK FAST WITHIN 24 HOURS WITH DR RAYPOWER LOTTERY SPELL POWERS
I saw so many testimonies about Dr Raypower a great lottery spell caster that will help you cast a lottery spell and give you the rightful numbers to win the lottery, i didn't believe it, at first but as life got harder i decided to take a try,  I contacted him also and told him i want to win a lottery he cast a lottery spell for me which i use and i play and i won $3,000,000 (THREE MILLION DOLLARS). I am so grateful to this man Dr Raypower and I am making this known to everyone out there who have been trying all day to win the lottery, believe me this is the only way to win the lottery, this is the real secret we all have been searching for. Do not waste time contact him today for you to also be a winner contact info below.

Here is my testimony on how I won the lottery,I have been playing the lottery for the past 20yrs and I have never won anything and I keep trying hoping one day I will win but I still could not win anything. So i decide to go for more research on the internet if i could get some tips to improve my chances of winning, there i saw a comment of how Dr Kumar help a woman name carina gomez to win $50million and i decide to give him a try and i contacted him on the email that was provided on the comment and i explain my problem to him and Dr Kumar cast spell on the winning numbers and gave them to me to play, I pick up my ticket and tick the numbers he gave to me and i won the sum of $110m (ONE HUNDRED AND TEN MILLION DOLLARS). I am so grateful to Dr Kumar for helping me to win the lottery by sending me the winning numbers and if you also need his help, you can contact Dr Kumar on email: spellcasttemple@gmail.com and also Whatsapp him on +2347051705853. I promise you he will send you the numbers for you to win the lottery.

I have been unlucky playing the Lottery over the years. I couldn't take the pain anymore and I searched for help online. I saw random positive reviews of DR AMBER saying how he has been helpful with his spells. I visited his webpage: ( amberlottotemple.com ) and he told me what was required to get what I seek for done and I accepted. He did a reading for me that made it clear to him that I was going to become a MEGA JACKPOT winner and he gave me the right numbers to play the Lottery. I had faith in him and I went back to the store a few days later to confirm if I had won and while the clerk was checking my ticket, I heard her say ‘Oh my God! I looked up and saw the Big Winner screen of $36,449,852.60. I was completely shocked, but calm. It feels amazing – I can’t imagine this shift in my life and I want to appreciate this man DR AMBER for his help. It’s not everybody that is naturally lucky to win the Lottery but the solution to win is DR AMBER. For more info Call/Text/Telegram +1 808 481 5132 or E-mail: amberlottotemple@yahoo.com